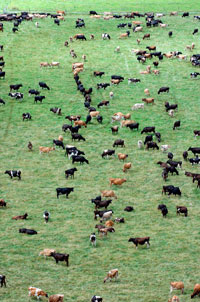 Dairy companies from China, Japan and other non-western countries are climbing up the world’s top-20 ranking, according to Rabobank‘s latest Global Dairy Top-20.

The report, which ranks companies by turnover, shows that after China-based Mengniu entered the top-20 last year, another Chinese company, Yili, climbed into the top-20 this year. Both companies benefitted from the relative stability of their currency and local retail prices, the report said.

“Companies mainly operating in the mature markets of Europe and the United States may find it hard to achieve further growth, while companies operating in developing markets have ample opportunity to increase sales simply by keeping up with domestic market growth,” Rabobank said.

“Many companies with significant exposure to commodities markets saw their sales decline due to the depressed state of the market in 2009. On the other hand, companies that operate in a relatively stable price environment, such as Tine and the Japanese companies, managed to improve their position relative to the other companies without significant sales growth.”