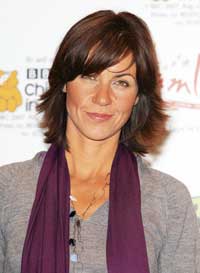 Farming in the next 10 years will be dominated by issues like food security, climate change and market volatility. But what will the winners look like? What attributes will successful agri-food businesses share, and what skills will they need from their people?

This year’s Cirencester conference, organised by the Royal Agricultural College in association with Farmers Weekly, aims to find out.

“This is an extremely exciting time for agricultural businesses,” says John Alliston, dean of the School of Agriculture at Cirencester. “Farmers are suddenly recognised as having responsibility for not just food production, but energy generation, environmental management, water and waste management and the rural economy, too. This new-found recognition from the public and politicians will bring a host of new opportunities, and this conference addresses the business strategies that flow from those.”

The conference will feature a range of speakers, including those at the heart of the business research behind successful enterprises, says Prof Alliston. “And we will be challenging the speakers to explain how they see their businesses developing in the next decade.

“Our speakers represent producers, agri-food businesses and distributors and I think we will span the whole chain from farmer to retailer.

“This mix of speakers should lead delegates to think hard about the next 10 years and I would challenge anyone attending to come out of the day without something they can use in their own businesses.”

Among the speakers that conference-goers will get the chance to quiz is Christine Tacon, managing director of the Co-operative Farms. She will outline how her business is to grow the proportion of UK fruit and vegetables it supplies to more than 3000 Co-operative stores, and how the food chain needs to change in the coming decade.

“One of the big challenges for us is to segregate production without adding cost, particularly where we are in a flow system, like oats. We have to compete against tenders from other suppliers on a commercial basis – the Co-operative Farms are treated like any other supplier.

“The big challenge for the food chain in the next 10 years will be to take out every added cost, minimise waste and learn to trust each other to get the most out of the whole chain.”

| Christine Tacon, CBE, is managing director of The Co-operative Farms which farms over 60,000 acres and supplies Co-operative retails stores through its Grown By Us brand. Christine joined the Co-operative Group in September 2000 as a non-farmer, having worked in marketing fast-moving consumer goods.

| John Shropshire is CEO of the G’s Marketing Group, which now has annual sales of £230m. The business runs farming operations in the UK, Czech Republic and Spain, producing over 8000ha of salad and vegetable crops, and employs over 4000 people.

| Nick Herbert MP was appointed shadow DEFRA secretary in January 2009. He is passionate about defending rural communities. Before parliament, he was director of the think-tank Reform, and was previously political director of the British Field Sports Society.

| Guy Watson worked as a marketing consultant in London and New York, and launched Riverford Organic Vegetables in 1986 with three acres of land, a wheelbarrow and a dream. Riverford currently employs 250 staff and has sales of £30m.

| Paul Day is managing director of Turners (Soham) Ltd, the largest privately-owned transport company in the UK. The company serves growers and suppliers to the supermarket industry with major contracts with Tesco and Sainsbury’s.

For more information for Business Strategies for the Next Decade: the Cirencester conference 2009, due to be held on Thursday 3 December, call Juliet Baxter on 01285 652 531 or email juliet.baxter@rac.ac.uk. Tickets cost £99 or £89 for former students.