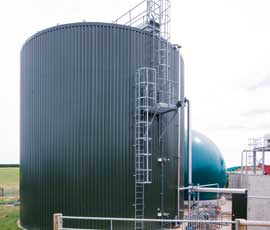 Renewables companies risk deterring farmers from investing in on-farm energy generation with confusing and inconsistent information, according to new research from the clean tech consultancy, CCgroup.

Based on a survey of 130 British farmers and landowners, the CCgroup found that although 95% believed renewable energy would be vital to the future of UK farming, 42% said they weren’t given the information they wanted and needed.

A total of 47% of respondents had already invested in renewables.

While some farmers were swayed by the environmental benefits, the majority focused on the financial returns in the short and long term of any project, the survey found.

Thirty-nine percent of respondents said useful, expert information influenced them when deciding whether to invest or not.

In particular, farmers were looking to know what the benefits of different technologies were, how to negotiate the planning process and which providers were trustworthy.

Meanwhile, 14% said they were unwilling to consider renewables because they were put off by the price tag and concerned about upsetting the local community.

They frequently distrusted the effectiveness and efficiency claims of the industry.