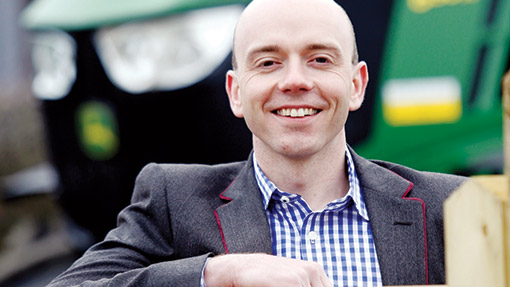 How will The Co-operative farming business be marketed?

Our primary focus is to sell the whole business as a going concern, which creates opportunities for our colleagues and a sustainable business for the future.

What is the biggest challenge in selling the business?

Selling the business as a whole is both a challenge and an opportunity, and the largest one we face, principally due to the fact that nothing on this scale has been sold before. However, the scale and shared working practices, resources across the business as a whole add value to the Farmcare corporate business. It is a good business with a sustainable future, which we will continue develop and we are confident that this will be recognised by prospective purchasers.

Do you think that the business/farms will end up in farmer or investor hands?

It is too early to say. However, we believe the business will attract interest from a broad range of potential purchasers.

For more about the Co-operative’s sale of its farms business, and details of its 15 farms

How profitable is The Co-operative’s farming business?

Farmcare has enjoyed in recent times a period of renewed purpose, developed a strategic plan that is building the business for the future and as a result has realised shifts in profitability for the better. The Co-operative Group will publish its annual results later this month and so it is inappropriate for us to discuss specific figures at the present time

If it hadn’t been for the need to realise cash because of the performance of other parts of the group’s business, would the sale of the farms be happening?

The sale of farms is not driven by the need to realise cash because of the issues at the bank or the under-performance of any other parts of the business. As part of the wider strategic review of all of its businesses, The Co-operative Group has decided that its farms are non-core. The sale was decided as a result of this and acting in the best long-term interests of the group and Farmcare. A new owner will be able to provide the farms business with sustainable support to develop it for the future.

How does the decision to sell affect the jobs of those on the farms?

Our intention is to sell the farms business as a going concern therefore having the least possible impact on employees, transferring all colleagues across to the new owner.

What proportion of produce goes to The Co-operative?

Seventy percent of the production from the farms business is cereals, sold through the traditional major grain trading routes. Eighteen percent is produced for Co-operative stores and accounts for 2% of total sales in food retail. The balance of our farms produce goes to a range of other customers both retail and non-retail.

How will your operations on tenanted and contract farmed land be handled in the sale?

Farmcare is the tenant on almost two-thirds of the land we farm as well as being the contractor on a substantial acreage under contract farming agreements (CFAs). Selling the business as a whole means that we will continue with our obligations under those tenancies and to operate those CFAs. We will continue to provide our contract farming clients with the high standards that they expect during the period of uncertainty that faces us. We also have tenants in some of our properties and on a small acreage of land.

Our colleagues are our first priority, but we will be engaging with our clients, tenants and customers throughout the process, we have a great committed team in all our sites and they are continuing to deliver for our customers adopting a business as usual approach, which reflects the commitment and professionalism of our business.

What do you think are the implications of The Co-operative sale for the land market?

Given that farms are bought and sold each week and that they are geographically spread, I don’t expect that the sale will have an impact on land prices either nationally or locally. What is clear is that values have continued to rise in recent times and both large and small regional acquisitions have strengthened this.

Retailers have made a lot of marketing capital from their links with farming especially in recent years – in this context, what’s the overall significance of The Co-operative’s move away from farming?

This moves does not diminish The Co-operative Food’s commitment to sourcing from British farms. Indeed, in the future we will be looking to strengthen and develop our relationship with these key suppliers

1896 The Co-operative Wholesale Society (CWS) bought its first farm at Roden in Shropshire. It paid £30,000 for the 714-acre Roden Estate to grow arable and potato for local shops.

1904 A second farm at Marden in Herefordshire purchased

1912 Land at Coldham, Cambridgeshire, was bought

1914-1918 CWS expanded its farming business to own a total of 32,648 acres under the trade name CWS Agriculture

2006 Acquired first pack-house, washing and packing potatoes, followed by purchase of two other units to pack fruit and veg

2007 National rebranding programme for all Co-operative Group businesses, Farmcare was rebranded as The Co-operative Farms