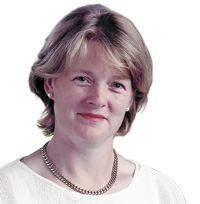 The Co-operative Farms has launched a national agricultural apprenticeship scheme which will give eight young people the chance to train on one of the company’s farms.

The scheme is aimed at 17-19-year-olds, and has been designed to help the company find the farming talent of the future.

In a bid to draw from the widest possible pool of talent, the Co-op has said that students accepted onto the initiative need not have any agricultural experience. They will get the chance to work on one of six farms in England and Scotland and complete an agricultural NVQ up to level three. Apprentices will be given two to three years to complete their training, depending on their level of previous experience.

Reaseheath College, in Cheshire, will be the training providers for the scheme and each apprentice will receive a bespoke teaching package that has been drawn up to suit the farm they are working on. They will also be mentored during their time on the programme.

Christine Tacon, managing director of the Co-operative Farms, said: “The mentoring aspect of the scheme is important, as there is more to farming than understanding technology and production.

“Learning about different soil types, microclimates and how crops have performed historically in particular fields are also vital lessons. Talking to people who have farmed a specific area for a long time is often the quickest route to finding the best course of action.”

For more details visit the Co-op’s website. Interviews for the apprenticeship scheme will be taking place throughout March and the successful candidates will be expected to start work at the beginning of April.

The six farms that are running the apprenticeship scheme are at Cirencester, Daventry, Hereford, Wisbech, Kent and Coldstream.