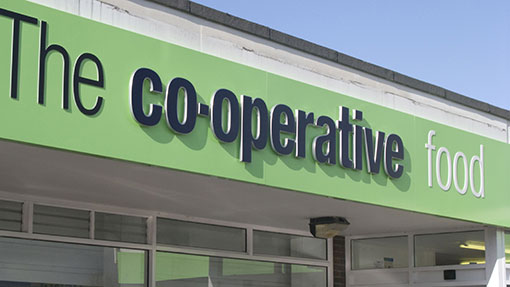 The Co-op suffered a £2.5bn loss last year – the worst result in the business’ 150-year history.

The bulk of the losses came from the Co-operative Group’s banking arm, which it lost of control of to US hedge funds in December, but food, pharmacy and insurance sales also fell.

Like-for-like sales in its food business dropped 0.2% and underlying operating profit fell 8% to £247m, resulting in a £35m loss once one-off costs were taken into account.

The group’s chief executive, Euan Sutherland, resigned in March after less than a year in his job and Lord Myners, the man tasked with reviewing the Co-op’s governance structure, quit his role earlier this month.

“Today’s results demonstrate that but they also highlight fundamental failings in management and governance at the group over many years,” he said.

“These results should serve as a wake-up call to anyone who doubts just how serious the challenges we face are.”

The Co-op’s food business started a five-year plan in March 2013 to revitalise sales, cutting prices on almost 1,000 products, offering 10% discounts to high spenders aiming to redevelop 75% of its stores by the end of 2014.

The group, which has called itself Britain’s biggest farmer, announced in February it planned to sell off its multimillion-pound farm business that manages more than 19,830ha (49,000 acres) across the UK.