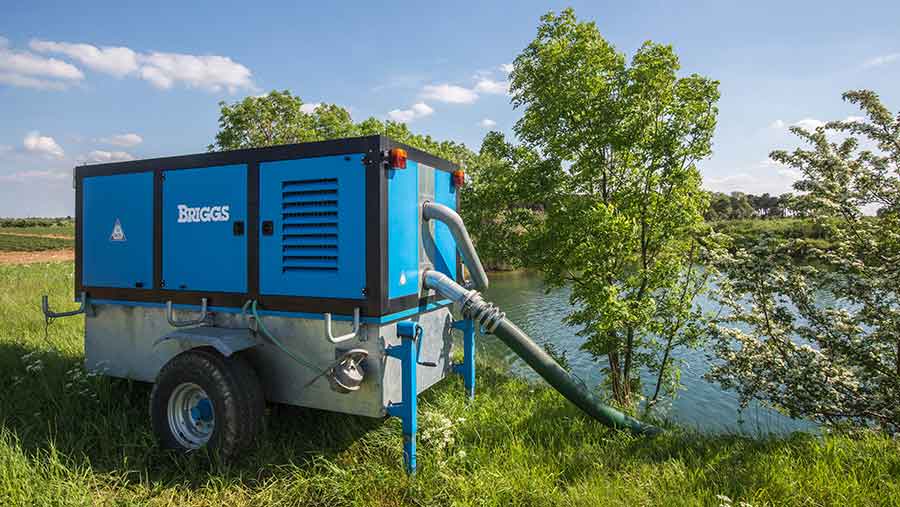 Farmers are being reminded to regularly review the conditions of any abstraction licences to avoid the risk of cross-compliance penalties.

The NFU is warning that failure to comply with a licence, or abstracting without a licence, is not only a criminal offence, but it can also be a breach of one of the Basic Payments Scheme (BPS) standards for good agricultural and environmental conditions (GAEC 2).

Growers are required to hold an abstraction licence if they take more than 20cu m (4,400 gallons) of water from an inland or underground source for irrigation in a single day.

But failure to comply with the conditions of the licence can lead to potential reductions under the BPS and any agri-environmental scheme.

The penalties for any cross-compliance infringements that are ruled to be negligent range from 1% to 5%, but penalties for intentional breaches can range from 20% to 100%, depending on the severity of the case.

Richard Wordsworth, NFU senior BPS adviser, said growers were generally very mindful of their licensing conditions, so breaches were not a widespread problem.

But farmers should be aware that the Environment Agency (EA) is regarded as a competent body on abstraction issues, so can refer any infringements of licence conditions to the Rural Payments Agency, which may choose to impose a payment penalty.

Farmers should also take care where the abstraction licence is held by the landowner and the irrigation licence is used by a contract crop grower, making sure necessary consents are in place and everyone is clear about their responsibilities.

All licences and any associated agreements about their use need to be kept under regular review and there should be good communication between both parties to avoid misunderstandings.

“There are no widespread problems out there, but as pressures on water supplies grow, the EA will clearly want to ensure that those who have access to water are respecting the conditions of their licence,” said Mr Wordsworth.

Paul Hammett, NFU national water specialist, said despite the exceptional weather over the past couple of weeks, groundwater levels were still below normal.

“For the past year there has been consistently below-average rainfall month-on-month, so the long-term trend of water supplies being tight has not gone away.”