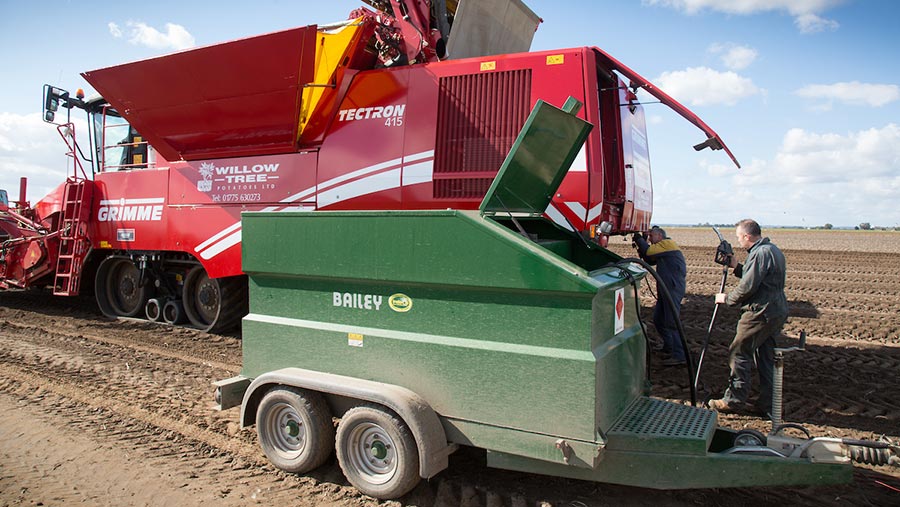 Farmers who transport diesel in a bowser need to check they will be road legal when new rules come into effect on 9 May 2019 that end a 15-year exemption for older models that don’t meet the latest safety standards.

This will mean any bowser classed as a tank, rather than an intermediate bulk container (IBC), will no longer be permitted to transport fuel on public roads.

Tom Price, NFU transport adviser, said the message for farmers was that bowsers should be checked to make sure they have the appropriate type or UN approval as an IBC.

“If you know you have an old tank, now is the time to check it to see if it has a type approval that is on the manufacturers plate’,” he said.

IBC rules that applied from May 2004

To be treated as an IBC, the bowser must:

“All tanks that went on sale from 2004 onwards should be type-approved.”

Diesel is classed as a dangerous good because of its flammability and as such its transport on roads is regulated by what is known as the ADR agreement (the European agreement on the carriage of dangerous goods by road).

In 2004, the Department of Transport authorised the use of certain bowsers that did not meet the requirements of the ADR for 15 years to give the industry a transitional period in which to adapt.

Under this authorisation, certain bowsers made before 10 May 2004 were classed as IBCs, rather than a tank (see “IBC rules that applied from May 2004”, above).

This meant they were subject to less stringent requirements.

Tractors pulling bowsers at speeds under 40kmh are exempt from ADR rules up to the maximum design capacity of the bowser, so long as it is safe and roadworthy.

However, bowsers pulled by other vehicles, such as a 4×4, do fall within the scope of the rules.