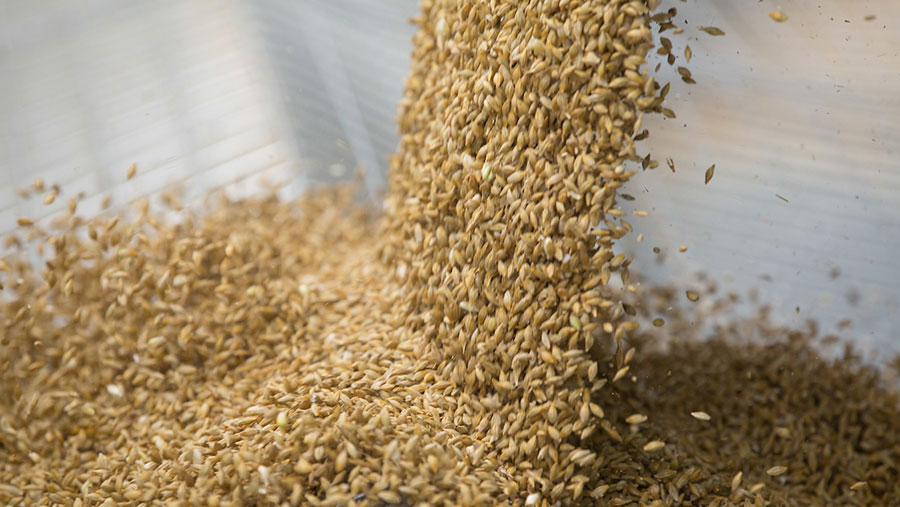 Growers are reminded that under the Red Tractor scheme, temporary grain stores can only be used until the end of the month.

Under the rules of the farm assurance scheme, temporary stores must be cleared by 31 October – either by selling the grain or moving it to a more permanent, approved storage facility.

The restriction on temporary stores is designed to prevent grain being kept in a way that fails to meet Red Tractor’s long-term storage standards, reducing the risk of crops becoming contaminated.

With yields perhaps better than some expected for harvest 2019 and a stop-start harvest for many, farmers may have been forced to use temporary facilities.

The rules do allow, in exceptional circumstances, for a derogation to be sought from Red Tractor where these stipulations cannot be met.

However, it is unlikely that having a bumper harvest would be accepted as justification for not meeting the deadline.

A spokesperson from Red Tractor said any request for a derogation was decided on a case-by-case basis and only about 10 were granted in 2018.

For example, one farmer was given extra time to move grain because they had been affected by a mill breakdown, which was outside of their control.

Similarly, a farmer was granted a derogation because they were required to fumigate their grain and were not allowed to move it until after the appropriate rest period.