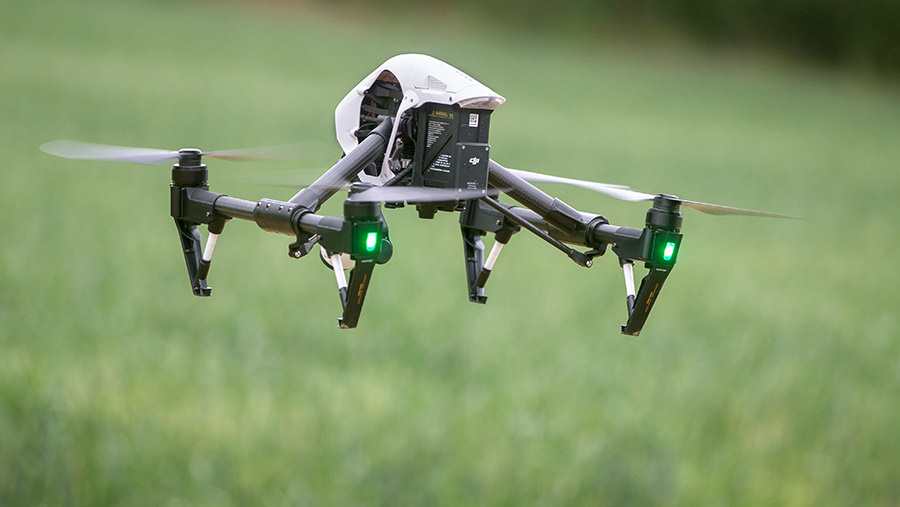 Farmers with drones are putting themselves at risk of huge fines because of legal confusion over what constitutes commercial use.

Rural insurer NFU Mutual says it is concerned that many farmers are unaware of the rules when flying a drone and as a result may not have the appropriate licences or insurance in place.

This puts them at risk of fines running into thousands of pounds and in a vulnerable position in the event of an accident.

“It is worrying that some farmers buying a drone don’t realise there are laws that have to be observed when flying them,” said Charlie Yorke, NFU Mutual farm technology specialist.

He said that all operators should be aware of the laws on licensing, insurance and safe operation before sending drones aloft to avoid accidents and penalties for infringing regulations.

“Despite their small size drones are aircraft that have the potential to cause serious damage for which the operator can be held to be legally liable.

“These range from a worst-case scenario event such as a collision with an aircraft, causing death or injury to members of the public, through to facilities such as airports having to be closed due to perceived risk, or damage to buildings and other property caused by a drone.”

The rules in place differ according to what the drone is used for:

If a drone is only flown for fun and not as a business tool, then it may be insured under a home and contents policy, although it is important to check the details with your insurer first.

In the case of a farmer surveying their own crops with a view to deciding how best to manage them, this falls into non-recreational use.

In this instance, third-party liability insurance is required, but permission and training for commercial operations is not needed.

Anyone offering a service to someone else – for example, charging a neighbour to survey their crops – is classed as a commercial operator and requires relevant permissions and commercial insurance.

The cost of commercial cover is around £700/year plus tax for a commercial operator with two drones.

Such an operator will also be required to hold a Permission for Commercial Operation (PfCO) issued by the Civil Aviation Authority (CAA).

To get a PfCO, farmers need proof of Remote Pilot Competence which is typically a two or three-day training course.

According to the CAA, one of the essential questions when deciding if a flight is classified as commercial is “what is the purpose of the specific flight?”

If the answer is that the drone operator would not be looking to fly if they were not receiving payment or other ‘valuable consideration’, the flight would be considered commercial.