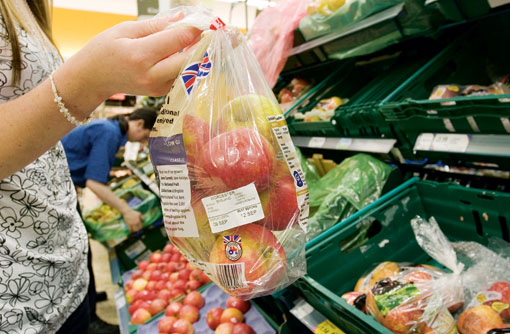 Farming is an industry and, by definition, farmers are a sector of society that resists change.

With just one crop on each field each year, one calf a cow each lactation, one crop of lambs each spring, and so on, there is, essentially, only one chance to “get it right” each trading year. Mistakes cannot be rectified for 12 months; any resulting losses cannot be recovered. So it is inevitable that most farmers prefer to stick to tried and tested policies.

But the trading environment doesn’t comply with the same rules. And political priorities certainly don’t. We live in a world in which food supplies have lurched from surplus to shortage in a few years; where currency values and speculation, as much as supply and demand, influence the values of commodities; where there is open conflict between those who seek to protect the natural environment and those who see it as their duty to produce more food. Indeed, it could be said the only thing on which all parties agree is that we can’t go on as we are.

This conference seeks to identify some of the ways in which those differences can be accommodated; how changing consumer preferences can be satisfied; how farming might survive and thrive through economic turmoil around the world and how farmers should modify operations in the face of climate change.

It will question what we can and should do to optimise production in a European society suspicious of modern technology. It will examine the wider political context in which farming must work and will provide an opportunity to look at all this from the viewpoint of an informed outsider.

Tom Vosa joined National Australia Bank in 2001 as an economist and is now head of market economics, Europe. He is also chief economist for Clydesdale and Yorkshire Banks. He has extensive experience in economic analysis, having spent seven years with the Bank of England.

Mike Hulme is professor of climate change at the School of Environmental Sciences at the University of East Anglia. He was, from 2000-07, the founding director of the Tyndall Centre for Climate Change Research. He lectures all over the world and is a prolific writer on climate.

Bill Clark was appointed director of Brooms Barn Research Centre in 2007 having, for the previous 20 years, been the national cereals pathologist with ADAS. Under his direction, Brooms Barn has expanded its work to include all major UK arable crops and is devoted to applied crop science research.

Tassos Haniotis is director of the economic analysis, perspectives and evaluations directorate in the Directorate General for Agriculture of the European Commission. He has held a variety of posts, which included preparing the 2003 reform of the CAP and the agricultural chapter of the Doha WTO round.

Lord Digby Jones grew up above his family’s corner shop. He graduated from University College, London, and then joined a Birmingham firm of solicitors. He joined the CBI in 2000 where he was able to put into practice some of the views he had formed, while practising law on socially inclusive wealth creation.

David Richardson is the senior partner of a family farming operation in Norfolk, a columnist for Farmers Weekly and a trustee of Sentry.