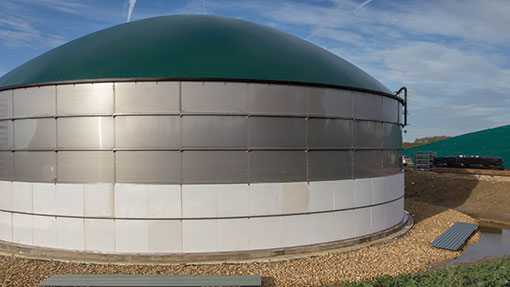 Farmers wishing to install an anaerobic digester (AD) plant could cut costs and save time by applying for permission under agricultural permitted development rights (PDRs).

Three farmer-owned AD projects in Lincolnshire were recently granted planning permission through this route, says Phil Greenway, sales manager for provider Evergreen Gas. By going through the PDR process rather than full planning, farmers could complete the applications easily themselves and keep costs to less than £200 and the process to 28 days, rather than eight to 13 weeks.

To qualify under PDR, projects must cover less than 465sq m and be no closer than 400m from domestic and commercial buildings not associated with the farm. Two of the projects recently passed will produce 125kW and the third 165kW. Due to the size restrictions of PDR, the maximum output from an AD plant was likely to be 200kW, says Mr Greenway.

Despite the industry trying and failing for two years to get AD plants approved through PDR, many projects did actually qualify. A lack of precedent has so far caused planners to reject them, he says. To overcome this, farmers should arrange pre-application meetings with planners where they could address any issues raised and point out why their project qualified.

To make a PDR application, farmers must fill out a two-page document describing what the AD plant will look like and add pictures or drawings of the project. This compares to lengthy planning applications through the normal planning route and possible costs for a planning consultant, says Mr Greenway.