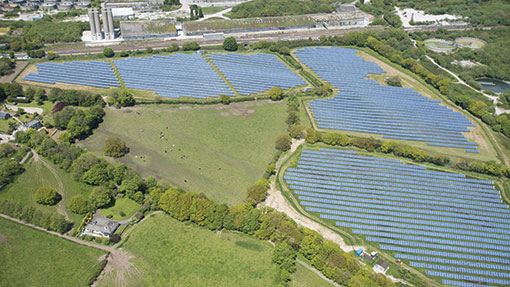 Solar leases may offer a tempting long-term rent, but anyone considering this source of income must consider the wider implications and especially inheritance tax (IHT).

Once farmland is put to a use other than agriculture, the 100% agricultural property relief (APR) it attracts when used in farming is in jeopardy.

However, the IHT risk goes beyond this, points out Mike Butler of rural accountant Old Mill. Where a significant portion of a farm’s land goes into a leased solar project, this can also risk the loss of some or all of the relief elsewhere.

For example, for a farmhouse to qualify for APR, it must pass the “character appropriate” test, which requires it to be suitable for the land with which it is associated. Taking out a large proportion of land for a solar project may leave less land than HMRC judges necessary to meet its farmhouse tests.

“With returns in the region of £750-1,000/acre and agreements lasting typically 20 years, who can blame farmers for taking up solar lease offers? There may also be an initial premium,” says Mr Butler.

“However, the land is unlikely to qualify as farmland for APR purposes because it’s being occupied by someone else other than a farmer under the terms of a lease. That person is not occupying the land for any business you, as a landowner, are connected with so you will not be able to claim either agricultural or business property relief.”

Mr Butler gives the example of a 250-acre mixed farm where the farmhouse alone is worth £1m. Under continued mixed farming, there would be no, or only a minimal, IHT liability. However if a lease is signed on 100 acres for solar generation and the remaining 150 acres continues to be farmed, not only will the 100 acres of land subject to the solar lease be subject to a full IHT charge, so too would the farmhouse since the land still being farmed may no longer be sufficient to keep the farmhouse of a character appropriate to the reduced holding of 150 acres.

“So if you’ve just signed a solar lease and you can guarantee that you’re going to live more than 20 years, there may be nothing to worry about – as long as you don’t also have to cover the cost of disposing of the panels at the end of the lease.”

There is also a general question about whether sufficient agricultural activity can be maintained on land where panels are sited to maintain the agricultural trading status of the land for IHT purposes. “The jury is still out on this,” says Mr Butler, “but I wouldn’t bank on it.”