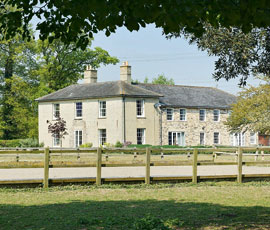 The farm is being sold due to retirement, and its grade 2 and 3 light sandy loam land benefits from a 36,400cu m (8m gallon) irrigation licence and 1,000t of grain storage. Further buildings include a workshop and a good range of general-purpose sheds.

The four holiday cottages earn a gross annual income of more than £25,000, at about 30-35 weeks occupancy. There are also 12 loose boxes in converted traditional buildings, a tack and rest room, manege, and a seven-furlong all-weather gallop

Manor Farm is for sale as a whole or in four lots by private treaty, with completion required by 30 September. Robert Fairey of Brown & Co has set a guide price of £3.2m, which he says values the land at £7,500/acre. The guide price includes 79 Single Farm Payment entitlements. (Brown & Co 01284 731450)

Another retirement job, the ring-fenced grade 3 arable farm has a wide range of modern buildings and a large five-bedroom farmhouse with origins in the mid-1800s. 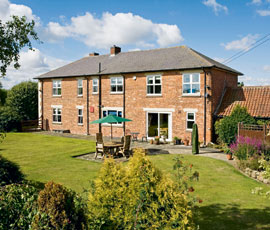 Available as a whole or in three lots, this holding has a good range of well maintained modern arable and general purpose buildings, including 1,200t of grain storage as well as a large range of traditional buildings with scope for conversion.