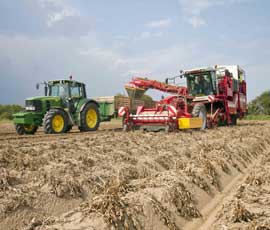 Properly drafted grazing and cropping licences will still allow a landowner to claim under the SPS and fulfil the “land at your disposal” requirement of the scheme, says solicitor Roythornes.

“The RPA has updated the scheme handbook for 2012, but there is nothing within that updated guidance to suggest that licence arrangements are inherently unsafe,” said partner Jarred Wright.

His comments came in response to the new RPA guidance for 2012, which recently prompted some farm advisers to say that those using licences should instead consider short term tenancies with entitlements transferred out and back again and clauses to cover the outcome of CAP reform.

Contract farming agreements have also been suggested as more suitable than cropping licences for some situations.

“The law has not changed – farmers have always had to have land at their disposal in order to claim payment under the scheme. Instead, what the changes to the guidance make clear is that the RPA is looking at farmers’ arrangements closely to make sure those arrangements do not breach the rules of the scheme – quite right too.

“The only safe way to proceed is to have properly drafted agreements accurately reflecting not only the legal arrangements between the parties, but also the practical.

“However, the scheme guidance also makes it clear that written evidence setting out the rights and responsibilities of the parties is essential to prove how claimants meet the scheme rules.

Roythornes was heavily involved in bringing cropping licences to the market when the current SPS scheme was introduced in 2005. The firm said that it had amended cropping licences to clarify the activities which licencees are permitted to carry out, to address concerns raised by the RPA’s promised closer scrutiny of arrangements,.

“Where the landowner is also claiming under ELS or HLS, this has the advantage that the claimant under both schemes will be the same.”

The alternative solutions of short-term tenancies or contracting arrangements were unwieldy and unlikely to find favour in the marketplace, he said.

“I for one wouldn’t want to rely on short term tenancies and the RPA computers being able accurately to cope with the likely consequences of automatic transfer of so many entitlements year on year.

“Furthermore, particularly in relation to contracting arrangements, there must be a serious risk that they will be more likely observed in the breach and therefore could cause more problems than the perceived mischief they seek to avoid.”