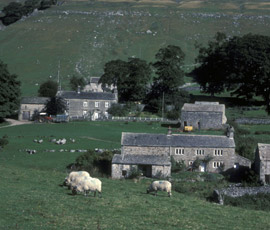 Tenants on Cornwall County Council’s estate are facing huge rent rises following a change in the way the farms department is run.

In one case, a farmer was presented with a 26% hike despite already having had a rent increase three years ago.

Another tenant was offered a 50% increase, which he then negotiated back to 10%.

Elwyn Thomas, an agent at Lodge and Thomas acting for some of the tenants, believed such increases were totally unjustified. “In the past the council has always settled rent reviews in an amicable manner, but now it has put the reviews out to tender,” he said.

“There are now arbitrations pending and tenants are very upset, because it’s costing them a lot of money. They’re also worried about the rent levels that are being sought, and that they are losing the long-standing relationship they’ve had with their landlord.”

Patrick Aubrey-Fletcher, Cornwall’s NFU adviser, said it was concerning that rents were being hiked at a time when farm incomes were under such pressure.

“Farmers have found the past 18 months very difficult. The council also needs to be sure it has carried out its obligations under the tenancy agreements, before requiring tenants to pay substantially more rent.”

Budget pressures meant the council’s estates management team had fallen from five to two staff, which was why it had retained property management firm Bruton Knowles to undertake the rent reviews, said Councillor Adam Paynter.

“The council leader thought it may be good to have an independent, commercial view,” he said.

“The rents must support investment in the estate to keep it viable, but of course we still need to be fair.”

The council was also considering outsourcing its estates management for the next 10 years, said Cllr Paynter. “I’m not sure what political appetite there will be for that. We would lose a certain amount of control and flexibility.”

The new farms panel, set up to provide a strategic review of the estate, would explore the options and a decision would be made shortly, he added.

Bruton Knowles agent Gareth Lay said each farm was being evaluated on an individual basis. “Local authorities are no different to private clients, in trying to maximise income to their property portfolios.”