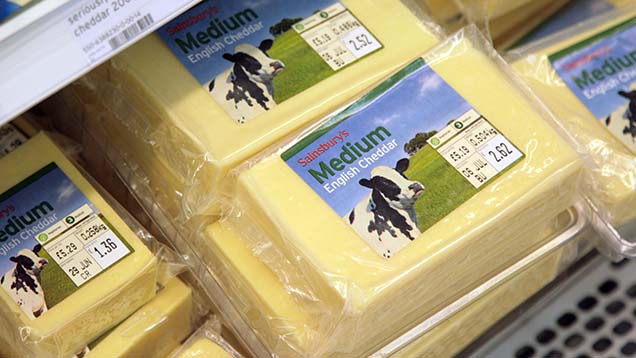 Mandatory country-of-origin labelling for milk and dairy products would add cost that consumers would be unwilling to pay for, a leaked EU report has concluded.

The report from the office of the agricultural commissioner Phil Hogan, concluded that such labelling would disrupt cross-border trade, be logistically difficult and increase costs.

This was particularly so for processors that would need to change their traceability systems when sourcing milk from several origins and where milk was an ingredient in dairy products, said the report.

Consumers’ willingness to pay for the additional information was “modest”, said the report, despite a Eurobarometer survey which found 84% of EU citizens considered it necessary to give information of the origin of milk.

The report said there was “discrepancy between consumers’ interest in origin labelling and their interest to pay for that information”.

Farmers’ incomes would be reduced and there would be a hike in food prices if mandatory country-of-origin labelling was introduced, claimed the European Dairy Association (EDA) last week.

The EDA, which counts DairyUK among its members, questioned “the relevance of such information to the consumer” and said traceability and food safety is obligatory and ensured under EU legislation without additional labelling.

It pointed out that a bottle of milk might contain milk from “several cows from various farms, potentially in different geographical areas and processed in bulk batches”.

However, the EU’s report concluded that countries should continue to have country-of-origin labelling on a voluntary basis.

Mandatory country-of-origin labelling for unprocessed meat from pigs, sheep, goats and poultry was brought in by EU legislation in 2011. The issue of further labelling for milk and milk products is part of ongoing EU discussions about labeling for a range of foods.

For the report, the EU’s executive examined three different levels of origin labelling for milk and dairy products – labelling on a voluntary basis, which we currently have; labelling based on EU/non-EU or EU/third country; and labelling indicating the member state or third country where the milk was milked or was processed.