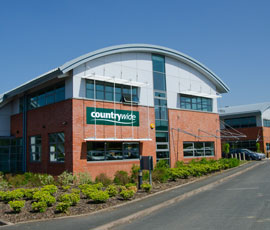 Co-operative supply and service group Countrywide Farmers made a record operating profit in the year to 31 May 2013 and plans to launch on the London Stock Exchange’s Alternative Investment Market.

However no dividend will be paid to Countrywide’s 4,000 farmer shareholders for the year to 31 May 2013 as distributable reserves fell to a £2.6m deficit compared with a positive balance of £3.4m in the previous 2013 year.

Group income rose by 15% to £306m on improved agricultural and retail sales, an expanded trading area and contributions from recent business acquisitions.

Operating costs were reduced following a very difficult year to May 2012 and this helped to contribute to the improved performance while total retail sales increased by more than 9% to £92m.

Countrywide has expanded in the past year, buying arable inputs business SM Hackett in Leicestershire, Chilterns-based equestrian and farm supplier Gommes as well as taking a stake in semen supplier Sterling Sires.

The timetable for listing on the AIMS market is not set, but the move should allow a more appropriate valuation of shares in the group, improve liquidity and help raise the profile of the brand, said the company’s annual report.

A more stable market for the shares could be established through this route, which longer term would also help with raising capital.