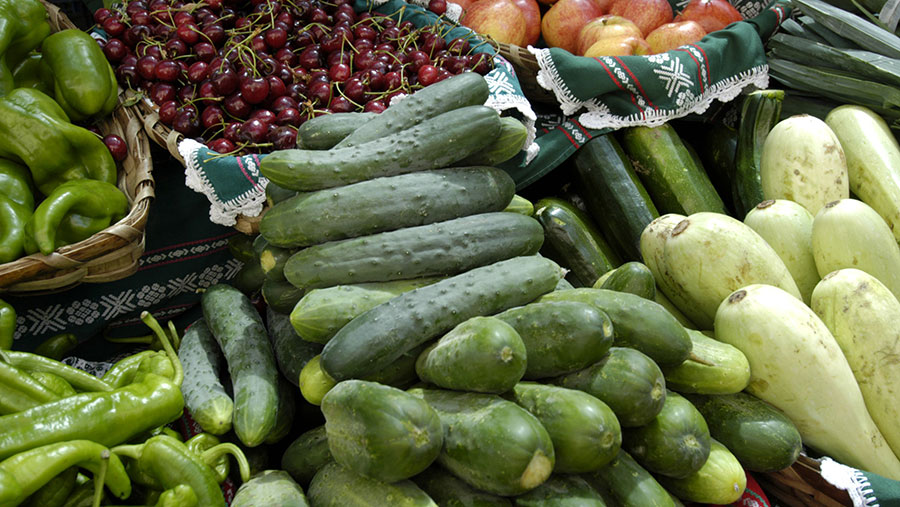 Supermarkets are struggling to source courgettes and other vegetables after bad weather hit supplies in Spain and Italy.

Shoppers have tweeted pictures of empty supermarket shelves and prices of the vegetable have soared since the summer from about £4 to £20 for a 5kg box.

Tesco and Sainsbury’s are among the retailers reporting they are struggling to source courgettes and other green veg.

A spokesman for Tesco said: “Due to bad weather conditions in Spain, we are experiencing a few availability issues, but are working with our suppliers to resolve them as quickly as possible.”

And a Sainsbury’s spokesman said it was working with its suppliers “to maintain supplies”.

Suppliers say some supermarkets would rather leave shelves empty than pay high prices for courgettes.

The UK courgette growing season runs from about June until the beginning of September.

Outside this time, the UK relies on imported supplies of courgettes, mainly from Spain and southern France.

I’m not saying #courgettes are in short supply but we’ve had to put security on ours today!! #courgettecrisis pic.twitter.com/dRRbodmZrM

Other UK vegetable imports affected by the unusually cold and wet winter in Spain and Italy include broccoli, peppers, lettuce and cabbage.

Jack Ward, chief executive of the British Growers Association, said the vegetable shortage is a distinct reminder of how reliant growers are on good weather.

“As a society, there is a tendency to believe that we have a technical fix for everything.

“But there are times when the weather intervenes and you cannot overcome it.

“George Monbiot said it was immoral to support food production. This, on a bigger scale, is part of the reason why support is necessary to provide a stable platform for the horticulture sector.”

Mr Ward said it was difficult for the UK to achieve self-sufficiency in seasonal produce. But the success of the whole UK soft-fruit-growing industry, especially strawberries, had shown there were opportunities to expand our horticulture industry.

“There is no reason why we cannot become more self-sufficient in many horticulture crops. We should look to extend the season at either end and get a bigger share for UK growers.

Members of the association grow ornamental and edible produce under 141ha (350 acres) of glass, half of which falls within the Epping Forest District.

LVGA secretary Lee Stiles said: “We grow more than 200m cucumbers and sweet peppers every year, about three-quarters of the UK’s produce. About 90% goes to the main supermarkets and the other 10% to wholesale market box sales and caterers.

“From November to February, our growers switch their operations to their own nurseries in Spain, which they own outright. It’s a fail-safe way of ensuring no disruption in supply.

“A lot of other Spanish growers grow their horticulture crops under plastic outdoors, so they are not protected from the elements. The moral of the story is supermarkets should rely on a Lea Valley grower.”

Mr Stiles said the UK should build more glasshouses to increase its self-sufficiency in food and be less reliant on foreign imports.

According to figures from Defra, home-produced vegetables were worth £1.3bn in 2015, 3.9% more than in 2014. This increase was mainly driven by carrots, mushrooms and cabbages.

Field vegetables were worth £884m and protected vegetables £393m. Home-produced fruit rose in value to £695m million in 2015, 9.6% higher than in 2014, driven by demand for soft fruit, larger yields and a longer growing season.

The struggle is real for courgette lovers