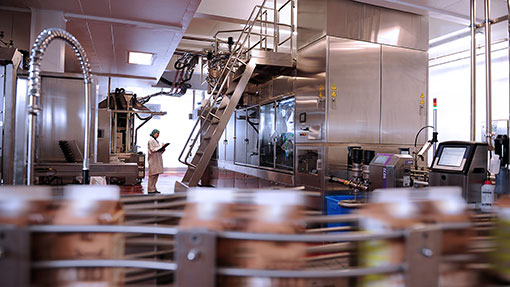 Devon drinks producer Crediton Dairy has reported strong financial results in its first five months of trading and wants to keep growing its local milk pool. The business, formed after a management buyout of the old Milk Link site last August, recorded profits of £1.86m on a £28.1m turnover up to 31 December.

It has a four-year supply agreement with Arla to fill its 200m-litre processing capacity, but is building up its own milk pool.

Managing director Tim Smiddy said he was pleased with the results, with turnover in line with expectations and a good margin.

“Although we have more work to do, I believe that we have put in place strong foundations for the future growth and development of Crediton Dairy,” he said.

“The first thing for this year is to increase our milk supply pool. We want to get that done as quickly as possible as that gives the business a degree of security.

“And also we intend to develop the added-value side of our drinks range.”

Crediton wants to recruit farmers from Devon and near the county’s borders and is currently paying 34.36p/litre, making it competitive with larger processors.

Mr Smiddy said a local supply was good for both the business and the farmers.

“We are the only liquid dairy of any size left in Devon and that does stand for something for farmers providing the milk price is good.

“We are paying a premium to recruit our milk and to keep that price ongoing it is important to have a fairly tight field, close to the factory.”

Crediton Dairy makes flavoured, functional and fortified milk drinks, long-life milks and creams, with brand licences for Flora pro activ, Mars and Galaxy. In February it invested in a £2.2m high-speed processing line, which can fill 14,000 litres/hour and is the fastest of its type in the UK.