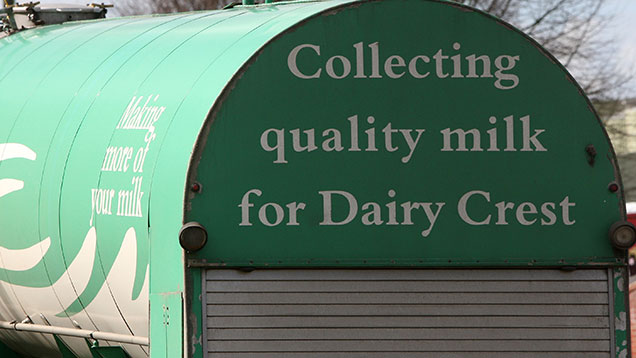 Dairy Crest milk suppliers have been assured their contracts should not be affected by the sale of the firm’s liquid business to Muller Wiseman.

Dairy Crest liquid suppliers have been sent letters from both companies, introducing the new firm and assuring them that current agreements will be honoured.

About 700 farmers will start supplying Muller if competition authorities approve the £80m deal.

He said a series of meetings had been lined up to explain the changes to farmers.

“We are concerned about the uncertainty while the various regulations play through,” Mr Masters said.

“It is really important for us that all our contracts are secure from a farmer point of view. The farmers at Wiseman share the same principles as our own: they are independent and have a contract that is code-compliant.”

Competition rules mean discussions of precise details will have to wait until the approval is granted, which could take up to a year.

“It is really important for us that all our contracts are secure from a farmer point of view. The farmers at Wiseman share the same principles as our own: they are independent and have a contract that is code-compliant.”
Michael Masters, Dairy Crest Direct

DCD’s future as a self-funded, representative body could come into question, as Muller Wiseman instead uses an elected farmer board.

But 350 South West farmers will continue as direct Dairy Crest suppliers to the Davidstow factory in Cornwall.

Hereford Dairy Crest farmer James Williams said the removal of the buffer of DCD could put producers “at the mercy of a board of foreign paymasters”.

“I am very disappointed as I was proud to supply them as a British firm,” he said.

However a Muller Wiseman spokesman said the business shared the democratic principles behind DCD and would have talks with the suppliers’ group as soon as the move was given the go-ahead.

The sale has received a positive endorsement from farm industry leaders and stock market analysts.

Dairy Crest delivered its interim results on the day of the announcement, which saw its dairies division return a £4.4m loss in the six months to 30 September, compared with £2.6m profit a year earlier.

City Index financial market analyst Ken Odeluga said the struggling profits in the liquid milk business meant Dairy Crest suppliers had to do something and on balance this was a good deal.

NFU dairy board chairman Rob Harrison said he was sure Dairy Crest suppliers would have concerns about the acquisition but he had been assured contracts would be transferred.

“This as a positive step in building an increasingly sustainable dairy sector and there are synergies between Muller Wiseman’s existing business and the planned acquisition.”