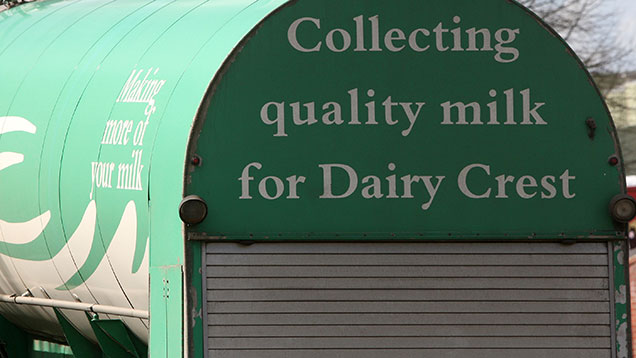 Dairy Crest’s formula milk price will drop 1.6p/litre in January 2016, after opening a wide gap with the processor’s standard rate.

The more than 200 Dairy Crest farmers with milk priced by the cost and commodity tracker have been given 12 months’ notice of the rebasing.

The cost and commodity tracker stands at 29.287p/litre in January, carrying a 3.4p/litre advantage over Dairy Crest’s standard liquid price.

The company last week issued more bad price news as it cut both its liquid and cheese milk prices by 1.2p/litre from February.

Group procurement director Mike Sheldon said it was “hugely disappointing” that dairy markets had not recovered as hoped.

He said he sincerely hoped there would be signs of recovery in 2015.

As part of the formula rebasing, Dairy Crest has promised it will not review the formula again until next January.

Those with milk on either the core or simplified formula have until 31 January 2015 to speak to the processor about changes to their committed volume.

The innovative pricing mechanism, launched by Dairy Crest and suppliers’ group Dairy Crest Direct in 2013, was rebooted last April with a price boost of almost 2.5p/litre and a 0.19p/litre early sign-up premium.