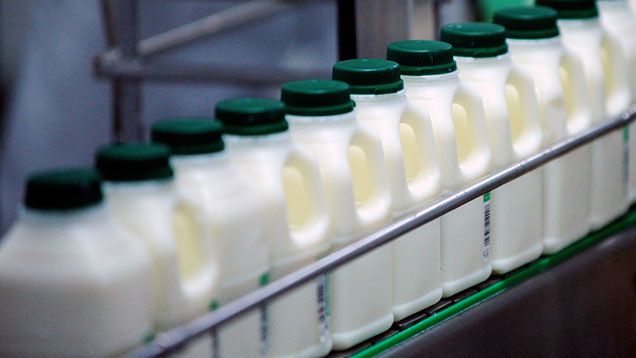 Producers with some of their milk priced by the cost and commodity tracker will be paid 29.593p/litre in December, before an early-sign up bonus.

The value of bulk cream saw a small increase but the price for four pints of milk slid another penny to 113p – the lowest level since November 2010.

On the cost side, concentrate and red diesel prices fell, while ammonium nitrate increased £5/t to £264.50.

The formula will hold a 2.433p/litre advantage over the standard Dairy Crest liquid price, frozen at 27.16p/litre for December.

Michael Masters, secretary of suppliers’ group Dairy Crest Direct (DCD), said the improved bulk cream market was welcome and the first data from November suggested the next change would be smaller than this month’s.

He said the formula had fallen less than 3p/litre throughout 2014, compared to a wider market that had seen milk prices drop faster and further.

“Early November market reports suggest that cream values are retaining these levels of return, as stronger demand in the preparation for the Christmas market continues,” Mr Masters said.

More than half of Dairy Crest’s 400 liquid producers outside supermarket pools have milk priced by one of two formula options.

The news last week that Muller Wiseman was buying Dairy Crest’s dairies division could make the future of the contract, developed jointly by the processor and DCD, uncertain.

Last week both Muller and Dairy Crest wrote to the 700 affected producers, assuring them their current contracts would be safe.

This was 5.5% higher than the same period and up 9.8% on the three-year average, suggesting the production was marginally easing off from the previous fortnight.