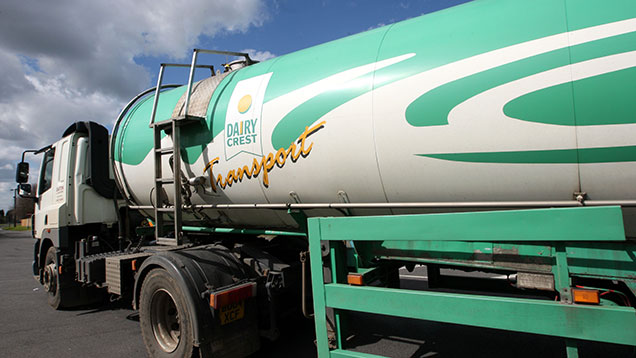 Dairy Crest has held its milk prices for one more month, despite markets remaining under pressure.

The processor brought in a “price floor” for April and May, promising farmers’ payouts would fall no further to give them some stability.

That freeze has been extended into July, with the standard liquid price held at 23.09p/litre and the Davidstow cheese contract kept at 25.09p/litre.

In the newsletter for suppliers’ group Dairy Crest Direct, secretary Michael Masters said the hope had been that markets would have improved after the spring flush.

But he said key benchmark values were still down significantly on last year.

“Therefore against such a background, to have held standard liquid and Davidstow prices at the current level and into a further month of July is a good result,” Mr Masters said.

DairyCo’s two market indicators both dropped from April to May.

The Milk for Cheese Value Equivalent (MCVE), which follows cheese and whey, decreased 0.2p/litre to 24.3p/litre.

Compared with May 2014, the indicators were 13.1p/litre and 7.8p/litre lower, respectively.

Total business revenue was down 4%, while pre-tax profits were 59% lower.