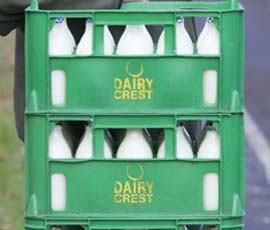 Dairy Crest is to review the future of its French branded spreads business, St Hubert.

It says “all possible options” will be examined, including the sale of the margarine producer, which has a 36% share of the French spreads market and 60% in Italy.

Dairy Crest said St Hubert had consistently increased its market share and profitability since its acquisition from Uniq in 2007, however it had been unable to grow the business in Continental Europe as it had hoped.

“A disposal would reduce Dairy Crest’s debt and provide it with a number of alternatives, which include releasing some proceeds to shareholders, investing in its core business and making strategic acquisitions of branded businesses in the UK.”

The firm said it remained committed to developing its UK business, including its strong portfolio of brands (Cathedral City, Country Life, Clover and Frijj).