A Norfolk dairy farmer has presented a bottle of her herd’s milk to England rugby star Joe Marler, after he put his rapid recovery after breaking his leg down to drinking milk.

The Harlequins prop played on Saturday against France in England’s first Six Nations match, despite having broken his leg just a few weeks before.

His comments that his recovery was down to drinking two pints of milk a day went viral across social media and the national press. 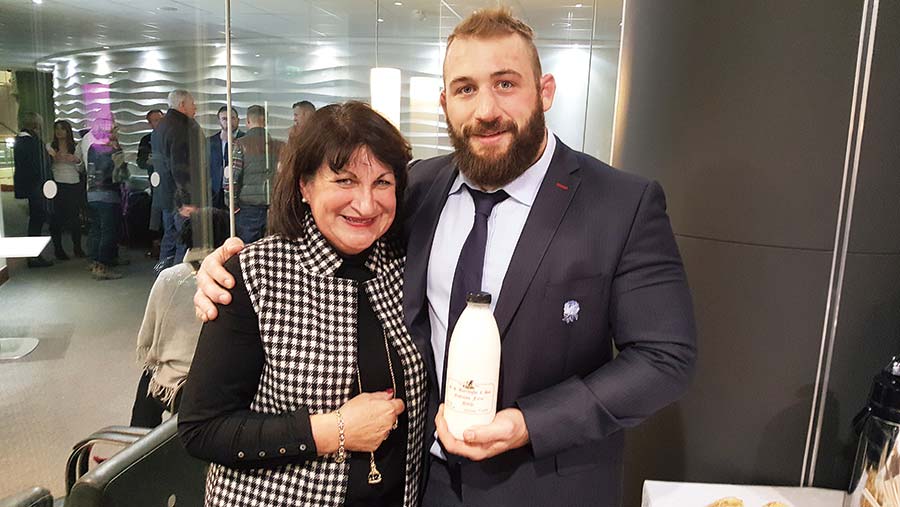 Jo Burroughs, whose family farms at Aldeby, near Lowestoft, gave Mr Marler the freshly bottled raw milk at Twickenham stadium after family friend and Leicester Tigers hooker Tom Youngs suggested she take a bottle with her.

Mr Youngs, a former England and Lions player and a keen farmer too, contacted Mr Marler to let him know Mrs Burroughs might be giving him a bottle of milk. 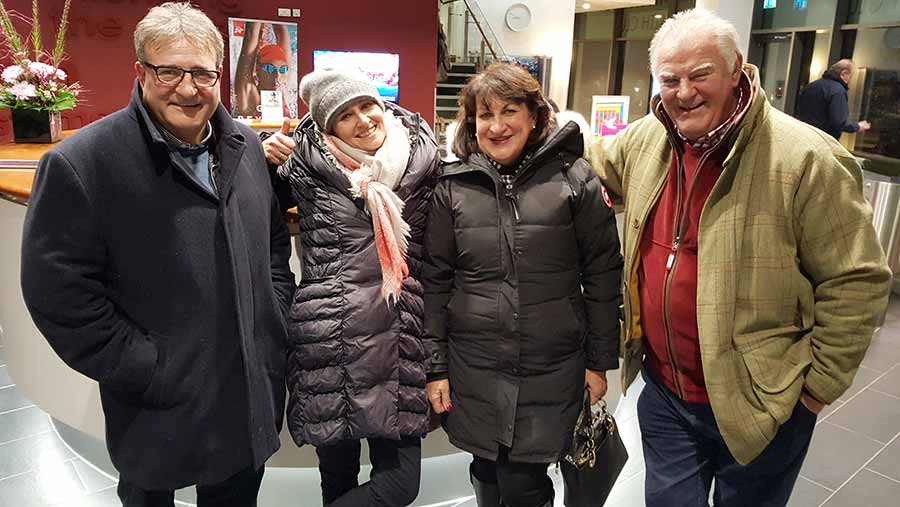 “I thought he’s going to think I’m some mad woman turning up with a bottle of milk,” said Mrs Burroughs, “I didn’t think he’d know [I was giving him the milk], but he did.

“He said, ‘I’m not sure I’ve tried raw milk before, but I’ll give it a go as I’ve heard it’s got all the goodness in it. This is the proper stuff.’”

Asked on Twitter how he had got on with the raw milk, Marler replied:

@overthefarmgate best milk 🍼 I’ve had, my one year old smashed it!

Mrs Burroughs added; “I’m just so pleased someone has finally said something good about the dairy industry. It feels like everyone wants to slam what agriculture produces, but milk is the most natural food you can have.

Lindsay, Mrs Burroughs daughter, who runs the raw milk business, said: “What [Joe Marler] has done for the milk industry in just a few days is amazing.” 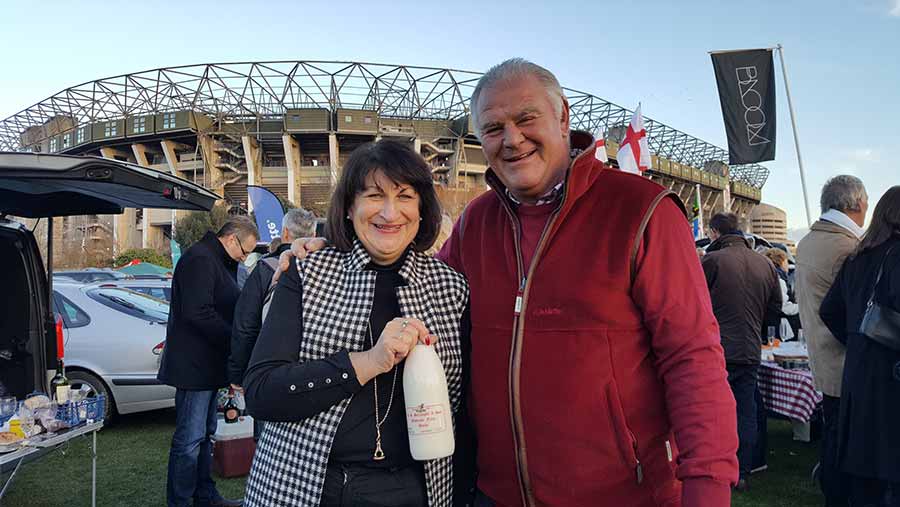 The Burroughs family milks 300 cows at Oaklands Farm, but with a new rotary parlour installed they hope to increase this to 600.

The majority of the farm’s milk sells through Muller, but about 500-600 litres a month is sold raw direct from the farm and at farmers markets at Loddon and Halesworth.