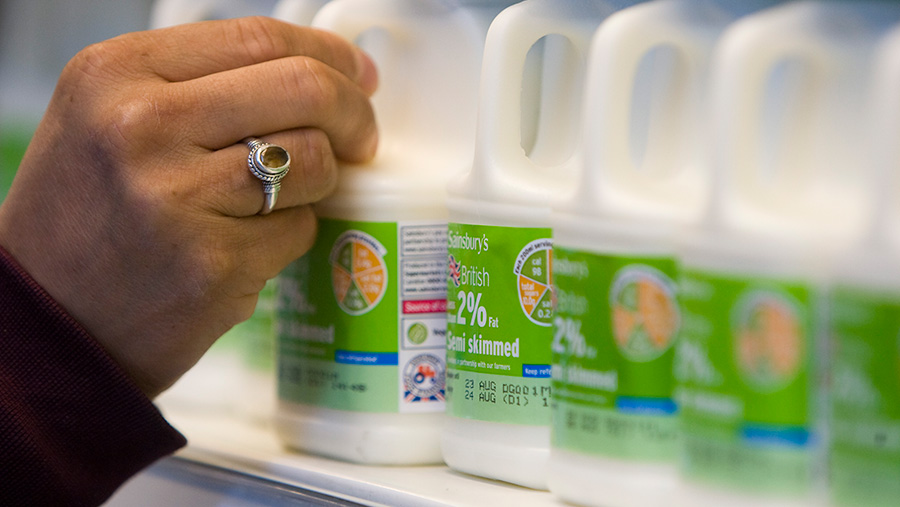 Sainsbury’s has announced a shake up in the number of milk processors it works with, meaning some of its farmer suppliers will be asked to move contract if they want to remain in the retailers’ dairy development group.

The retailer has announced that from July 2017 it will be working with four processors, rather than two.

In addition to taking fresh milk and cream from Arla and Muller, Sainsbury’s will also be using Tomlinson’s Dairies and Medina.

Tomlinson’s, which is a processor based in Wrexham, will take on milk distributed to stores in Wales and parts of England. Medina Dairy will supply a number of stores in the south of England.

The supermarket said its intention was to continue to source from the same group of 270-plus farmers and it remained committed to the long-term sustainability of the Sainsbury’s Dairy Development Group (SDDG).

A spokesman explained farmers would be given the choice to be “realigned” by processor if they wanted to stay part of the SDDG, but declined to comment on how many people would be affected.

She stressed that all farmer suppliers would be paid the same cost of production price for their milk and added the intention was to cause as little disruption as possible.

“We wouldn’t choose a network of processors that would cause huge disruption,” she said.

Sainsbury’s is paying one of the highest prices on offer to aligned farmers – 30.27p/litre.

The changes to the milk processors come as part of a supplier tender, which Sainsbury’s said would ensure customers were offered the best quality and value. It follows a similar exercise by Tesco earlier in the year.

NFU dairy board chairman Michael Oakes said the union would be reviewing the announcement carefully as it would obviously impact on some of its members’ businesses.

“As with any change it is now absolutely vital that Sainsbury’s make it very clear to all their 270 suppliers how they will be affected by this change.

“We need to ensure fairness and transparency throughout the supply chain for both aligned and non-aligned farmers.”