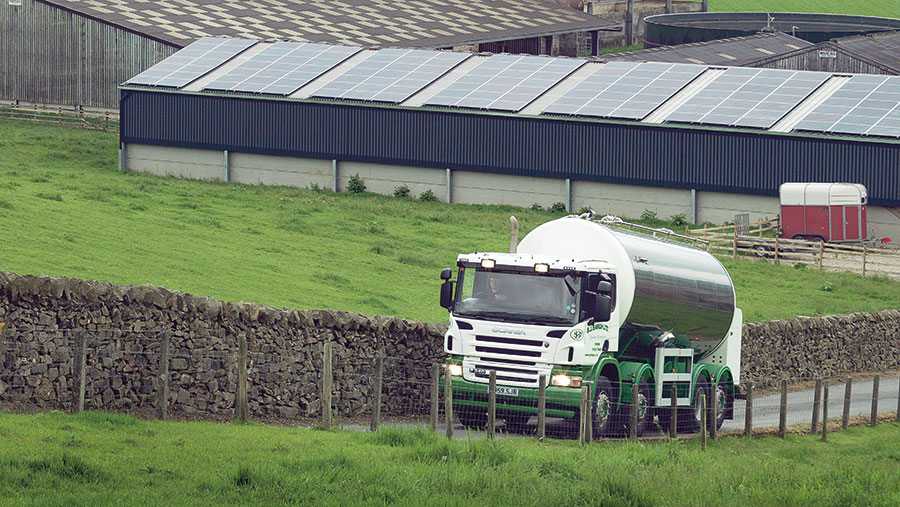 Dairy market analysts are at odds over how much the market should be returning to UK producers.

The Dairy Group’s Nick Holt-Martyn believes that six months of relative market stability justifies a farmgate return of 30p/litre. Independent expert Chris Walkland says that prediction is too optimistic and between 25-27p/litre for spring is more accurate.

Since October 2017 processor market returns for liquid milk have increased by 9%, while returns for cheese, skim-milk powder (SMP) and cream and butter have dropped by 5%, 25% and 32% respectively, according to Mr Holt-Martyn.

However, as liquid milk and cheese account for 81% of UK milk use, they act as a counterbalance against the more volatile, but less traded, smaller commodities.

He calculates a market price equivalent (MPE) which is a dairy indicator showing the likely market returns available to the farmer.

Based on actual wholesale prices after processing costs and accounting for 90% of UK market utilisation of milk, the MPE hit 31.7p/litre in March, 5.4% ahead of the same month a year ago.

Despite the MPE being 1.59p/litre ahead of March 2017, Mr Holt-Martyn said some processors were citing weakening markets as the reason behind milk price cuts.

“The farmgate price should follow the fall in market returns which have stabilised, aided by the poor late winter/early spring weather.”

He added “Overcutting of prices will be seen as unfair margin protection and profit-taking.”

However, Mr Walkland said producers should expect 25-27p/litre this spring and there was no way dairy markets should be returning 30p/litre.

“Normally MPE is a pretty good indicator of where the market is, but I don’t recognise this figure at all,” said Mr Walkland.

“From where I’m looking milk prices have come down in line with commodities and are where I predicted they would be based on GDT returns per litre equivalent, UK futures and New Zealand futures markets.

“If you look at AMPE futures pricing after transport costs, they are returning 24-25p/litre and the latest Ulster Farmers Union milk price index (MPI) puts Northern Ireland farmgate prices at 26.85p/litre for 6 April.”

Mr Walkland added as the worst spring in living memory continues, to state that the market should return 30p/litre sent out all the wrong messages to producers.