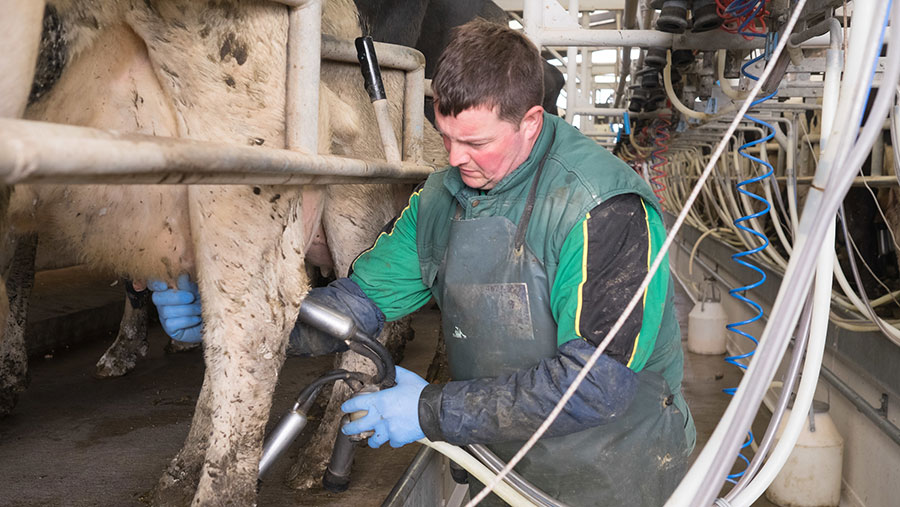 UK dairy wholesale markets continued to rise in May, despite production also peaking in what has been a much-restrained spring flush.

Healthy demand and most processors operating close to maximum capacity drove strong prices, according to AHDB dairy, which reported increases for all four of the main traded commodities.

Trade and prices of bulk cream grew consistently through May, finishing the month 13% higher at £2,350/t – an increase of £400/t on the same period last year.

Butter saw a similar rise of 11%, averaging £5,180/t helped by a strong demand for cream and subsequent cream price increases.

The levy board said sellers were in a strong position as there were little-to-no stocks available for spot trade and production wound down in the latter stages of the month.

A bumper sale of 42,000t of SMP from EU intervention stocks appeared to reinvigorate the market for fresh powder, according to AHDB Dairy, helping to increase demand and tighten the available stocks.

Mild cheddar largely emulated butter, with tight stocks leaving sellers in a strong position of only having to sell if the price was right.

Consequently, trade was relatively thin and the average wholesale price only nudged up 2% on the month to £2,970/t, perfectly in line with its position 12 months earlier.

European Dairy commodity futures prices continued their march higher over the past couple of weeks.

Strong demand and lower than anticipated milk collections across the EU throughout the spring period are two of the drivers behind the price increases, despite improved milk fat and protein content for most of Europe’s big milk producers offsetting the reduced liquid milk collections.

The latest milk collection numbers for April are showing New Zealand, the US and Australia all saw increases compared with last year.

Spot European butter prices have now seen eight consecutive weeks of increases, moving up by 24% in that period.

Spot skim milk powder (SMP) prices are also heading higher, posting seven weeks of gains on the bounce, up 19% in that period. SMP prices have remained firm on the back of very strong demand, with EU SMP exports for January-March up 8% on last year while SMP prices were unfazed by the EU Commission’s sale of 42,000t of Intervention stocks last week.