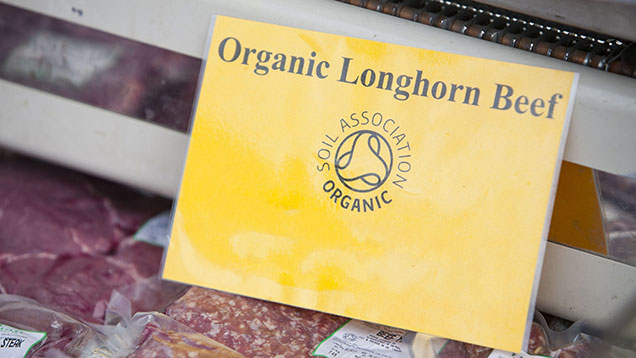 Sales of organic food and drink are continuing to grow, while the non-organic market is shrinking, according to latest figures.

Organic food and drink sales grew 3% to £1.3bn in the 52 weeks to 15 August compared with the same period in 2014, according to figures compiled by consumer insight company Nielson on behalf of the Soil Association.

This compared with a 1.2% fall in sales of non-organic food and drink in the same period.

However, Ms McDermott added: “While the organic market is looking strong, we advise farmers to be sure of their market if considering conversion to organic and we continue to help build demand for organic through campaigns such as Organic September.”

Fin Cottle, trade consultant at the Soil Association, said dairy products continued to be the “star performer”, accounting for about 31% of the organic food and drink market with sales rising 2.6% to £394m in the year to August.

Within dairy, organic yoghurt was one of the best performing, with sales up 6.5%. Organic egg sales increased 11.3% in the year to August, while fruit sales grew 11.7%.

Ms Cottle said fruit and vegetables tended to be the main entry point for consumers buying organic, because reduced pesticide use was the biggest reason for switching to organic.

More about the figures

The organic figures include food and drink sold in UK supermarkets, but exclude discounters such as Aldi and Lidl. They do not include sales of organic food and drink from farm shops, box schemes or specialist organic retailers such as Wholefoods.