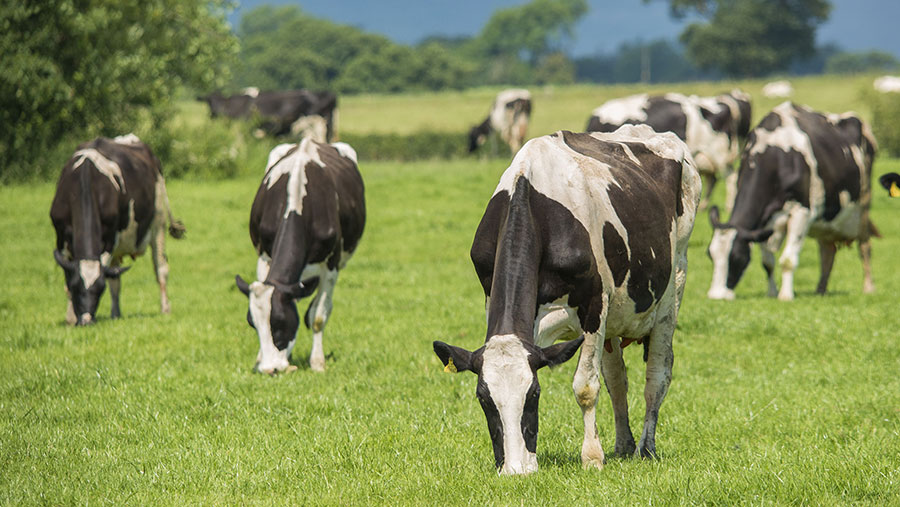 UK dairy producers and processors have made significant strides towards reducing the industry’s environmental footprint over the past decade, including meeting a 2020 target for renewable energy production two years early.

The UK Dairy Roadmap Report 2018, an initiative chaired by Dairy UK, working alongside the NFU and AHDB, highlighted the improvements in sustainability and efficiency made by UK dairy in the 10 years since the inception of the cross-industry initiative.

Since 2008, the UK dairy sector has reduced greenhouse gas emissions associated with milk production by 24%, while water efficiency has been increased by the same amount.

Water efficiency has risen by 18% in the past decade and the proportion of total waste sent to landfill by the dairy industry has reduced from 35% to just 4% over the same period.

Dairy farmers hit five of the seven targets outlined in the previous 2015 report, including having 65% of dairy-managed farmland in environmental stewardship schemes, 10-15% of dairy farms using renewables and 50% of farms implementing new technologies to reduce emissions.

Producers have also already hit the 2020 target of producing 40% of the energy used on dairy farms from renewable sources.

However, the industry has failed to hit two 2015 targets, including getting 90% of dairy farmers to be actively involved in nutrient management planning and achieving a declining trend in serious pollution incidences on farm.

What is the Dairy Roadmap?

“The dairy industry has made great strides in reducing its environmental footprint and it is great to see their ongoing progress to further increase the sustainability of this vital industry, said George Eustice Conservative MP, and minister of state for agriculture, fisheries and food.

“As the UK’s largest agricultural sector, the industry has a major role to play in delivering our ambitious 25-year environment plan and I look forward to working with Dairy UK to deliver a bright future for our farmers, processors and the environment.”

NFU dairy board chairman Michael Oakes said the report highlighted the significant environmental progress dairy farmers had made over the past decade, driven in part by the ambitious and wide-reaching targets set by the Roadmap.

“The achievements of the past 10 years stand as testament to the hard work and commitment of our dairy farmer members to meet these environmental ambitions.

“We will continuously review future targets to ensure that the contribution of dairy farmers to the Dairy Roadmap remains ambitious and relevant to the range of sustainability challenges ahead.”