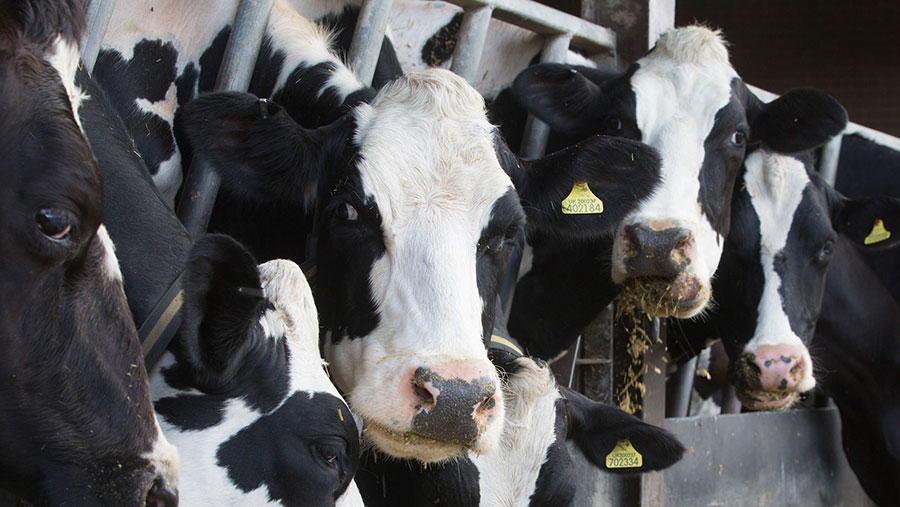 The outlook for dairy in 2017 is a positive one, despite global political uncertainty and the promise of continued market volatility.

However, the man responsible for Arla’s growth warned market volatility would continue, faster and steeper both up and down.

“The outlook today compared with 12 months ago is certainly better,” said Mr Carstensen.

“On our current trajectory, volatility cannot be stopped – but it will drive more people to take an interest in futures markets.

“The processors and big customers, even the big retail chains have a big role to play in selling prices forward.

“I believe there then would be some possibility for milk futures [for UK farmers].”

On an international level, Mr Carstensen said the anticipated Dutch dairy cull and declining production in Brazil and China would help to keep global supply manageable and ensure prices would climb into the second half of the year.

This would combine with growing demand in China and South East Asia to meet global supply that was expected to rise in the final two quarters of 2017.

A thawing of relations between the US and Russia, highly anticipated under the presidency of Donald Trump, would be further good news for UK dairy said Mr Carstensen, offering the possibility of an end to the exports ban.

“There’s not tremendous more improvement in prices at the moment but there is good demand at the current level which will be met with balanced supply,” said Mr Carstensen.

But world dairy will also face a number of challenges this year, including the selling off of EU intervention stocks and the ramping up of New Zealand milk production.

High oil prices would also reduce global demand in certain areas of the globe, but for the time being they are dropping.

Mr Carstensen added that almost 25% of world demand was accounted for by dairy giants China and Russia.

“I’m always a little bit worried when we are leaving the world balance to these two markets.”