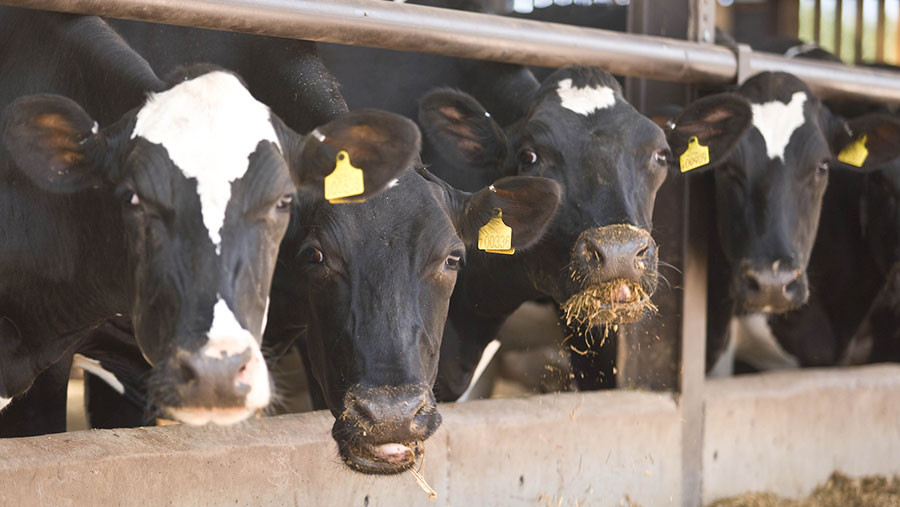 Butter, skim-milk powder (SMP) and mild cheddar remained virtually unchanged on the month as both buyers and sellers were reluctant to commit to long-term deals over price and production concerns, according to AHDB Dairy.

February milk production was hampered by the two “Beasts from the East” and Storm Emma, as well as continued wet weather which led to little-to-no grass growth, waterlogged fields and delays to turnout, feeding the expectation of a lower than average spring flush this season.

The levy board reported mixed demand across the market, with sentiment surrounding production uncertainty appearing to be one of the main drivers of price changes.

Butter production has been unfavourable in recent weeks due to the rock bottom nature of SMP, leading to little trade over the past month.

As mentioned, SMP continued its long-term trend of rock-bottom prices, averaging 1,150/t, 26% beneath its level in March 2017.

The cheddar markets saw prices for higher quality cheese holding well, while lower quality product fell slightly, pulling the overall average down by a single percentage point to average £2,900/t, in line with its level 12 months ago.

This relative price stability combined with Arla’s decision not to cut its April milk price decreases the likelihood of further cuts to farmgate prices over the next few months.

UK production is expected to hit 12.3bn litres, with the small drop attributed to decisions around inseminations in 2015 which affected youngstock numbers, shifting calving patterns and the effects of milk and feed prices on milk yields and cow retention rates.

World supplies on the up

While UK production has shown restraint in recent months, world milk supplies are continuing to march upwards with January levels 2.7% ahead of the same month a year before.

Over three-quarters of this rise has come from production increases within the EU-28, with another 20% coming from the USA.

Volumes from Argentina and Australia edged up marginally, with production falls from New Zealand almost negating the gains seen in the other two countries, according to AHDB Dairy.

February production levels are expected to be slightly more restrained as a result of the wet weather across Europe.

Irish production alone is set to increase by 5% on the year, putting annual production at 7.6bn litres, 40% higher than its level five years ago.