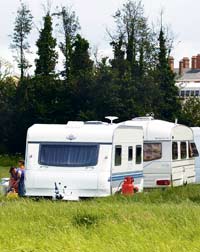 The lack of designated sites for travellers means that rural land continues to be vulnerable to unwanted visitors. Suzie Horne finds out what steps can be taken

I need to get travellers off my land – what do I do first?


First of all, simply ask them to leave, says Andrew Gillett, chief legal adviser at the Country Land and Business Association.

However, assess the situation carefully, he says. An approach by the landowner or occupier can make things more complicated.

For example, it is very important that travellers should never be told they may stay for any length of time, as this could provide them with a defence to any legal proceedings, says barrister Simon Woodhead of Birketts.

They have been asked to leave but have not done so – what next?


There are three legal routes to removing travellers. Perhaps the best known is to apply to the County Court for a possession order using Civil Procedures Rules Part 55. An order is usually enforced by the county court bailiff seven to 10 days later.

Trespassers may appeal against a possession order but there are very limited grounds on which they may do so.

The second option uses Common Law rights to recover land from trespassers using reasonable force and involves employing a bailiff to serve an eviction notice on the travellers. This can be much quicker and cheaper than the county court route in straightforward cases.

“A few years ago the government acknowledged it was acceptable for landowners to use reasonable force to remove trespassers, without the need for a court order,” says Mr Gillett.

This remedy has been used increasingly over the past 18 months as bailiffs working in commercial property have become more aware of problems on farmland.

Government good practice guidelines for these Common Law or “self-help” evictions stress that no more force than is necessary be used. Police must be notified of an eviction and called in to stand by to prevent a breach of the peace. If police advise that it is inappropriate to carry out an eviction, it should be delayed until an agreed time.

“You need to make sure you use an experienced bailiff who will comply with the guidance and who will only use reasonable force,” says Mr Gillett.

The third option is less likely to apply in a farmland setting. However, in situations where force has been used by trespassers, for example to break into a building, or if what is known as aggravated trespass has occurred, then the police can arrest and remove trespassers straightaway. However Mr Woodhead’s experience is that officers are often reluctant to become involved.

What information do I need to gather?


To apply to the court for a possession order you need to prove your title to the land or your right to occupy it under a tenancy or licence, says Mr Woodhead. “”The landowner will also need to provide some details about the unlawful occupiers such as, the number of vehicles (including registration numbers), names of occupiers if you are able to get them (although in most instances this will not be possible), and an indication when the occupiers entered the land.”

It must also be shown that they are occupying without permission, which is usually proved by the landowner signing a claim form which contains a statement to that effect.

For the bailiff route, a form must be completed giving details of the land, address, number of people and vehicles involved, name of the owner/lawful occupier and a signature to authorise the bailiff’s action.

How long will it take?


Through the county court, it will take between two and four weeks as long as things are straightforward. However, if the travellers contest the proceedings, for example, by claiming they have some right to be there, it could take longer.

Using the Common Law route, a spokesman for the UK Bailiff Company says that 95% of travellers move on within 24 hours of the landowner making contact. “When someone calls, the travellers are usually gone by 11am the next day,” he says.

If not, the bailiff will return with tow trucks and police standing by to actually evict the trespassers. However in the UK Bailiff Company’s experience it has never been necessary to physically remove a caravan.

“Many travellers know it is now relatively easy to remove them and most will go without any problems,” says Mr Gillett.

While the Common Law route may be appropriate in straightforward cases, it won’t always provide the answer, says Mr Woodhead.

“There are risks involved in going down the Common Law route. There will be cases where the title is complicated, the travellers raise defences or the police are unwilling to supervise the eviction. In my experience, they are often reluctant to get involved unless there is a county court order.

“The difference between reasonable and unreasonable force is not easy to identify. This concern does not arise where a court order is being enforced by bailiffs.” 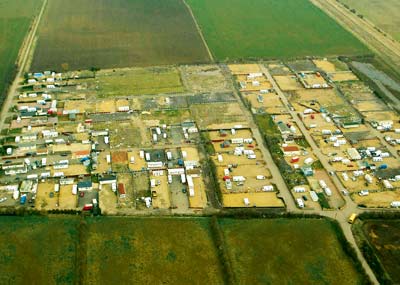 
The CLA’s Mr Gillett says landowners should consider taking out insurance cover as Mr Woodhead estimates the legal fees for making a county court application would be around £750-£1000, although if the land holding is complicated, it could be more than this. There will be court fees of £150 for the application and a court bailiff’s fee of £95 in addition to legal fees.

The UK Bailiff Company operates the Common Law procedure for a set fee of £495 using a network of bailiffs across England and Wales. This assumes one visit to serve the notice. If a second visit to actually evict the travellers is necessary, a second similar charge would be due along with removal vehicle fees, which are usually around £200.

What can I do to prevent this happening again?


The CLA sets out eight reccomendations in its latest Guidance note for members which includes simple steps such as keeping in contact with other local farmers to provide a network of information on where the travellers are in the area.

Where can I find more information?

* The orginal version of this article was first published in Farmers Weekly in January 2010. This online version was updated in September 2011.