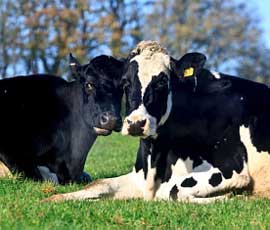 DEFRA has rejected accusations it has been “weak” in its support of British dairy farming, but insists it is ultimately up to the industry to stand on its own two feet.

The views are contained in the government’s formal response to an earlier report from the cross-party Environment, Food and Rural Affairs committee into the future of the dairy sector.

In its response, DEFRA points to a range of things it has been doing to support British dairy farmers, including investing in research and development, cutting red tape and introducing a groceries adjudicator.

But it notes that “while the government can take steps to help, the dairy industry has a significant responsibility for its own future and is far better placed than government to lead change in many respects”.

Agriculture minister Jim Paice said he wanted Britain’s dairy industry to be as successful as possible. “The industry should be constantly on the lookout for new ways to grow – increasing the amount of British milk used in products consumed here, chasing new opportunities to increase the amount we export and spotting gaps in the market.”

But his department’s report also rejects many of the recommendations put forward by the EFRA committee in July to improve the situation, including a call for better contracts which specify the price, volume and duration of agreements with buyers.

According to DEFRA’s response, “the government could not prescribe in any way how elements such as price should be determined”. It also rejects any attempt to regulate over exclusivity clauses or notice periods.

It did, however, welcome industry efforts to develop a voluntary code of practice in relation to contracts. “This is much more likely to deal quickly with the concerns about current contractual arrangements than relying on European legislation.”

NFU chief dairy adviser, Robert Newbery, said the union was committed to giving the voluntary code a chance. “But if it doesn’t deliver the balance in contracts that farmers need – a balance the EFRA select committee recognised was needed – the government must not rule out legislation.”

The government’s response to EFRA’s report also rejects the idea of allowing dairy farmer co-ops covering up to 33% of national milk production as “inappropriate”. But it supports allowing so-called “mega dairies” to be established, so long as welfare and environmental standards are maintained.