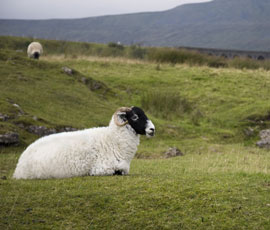 Total Income from Farming (TIFF) figures released by DEFRA today show a 25% increase in real terms to a provisional £5.69bn for 2011.

“This is the best performance since 1996. We said that we believed TIFF would break the £5bn mark for 2011, but we are still somewhat surprised by how high the figure is,” said Richard King of consultant Andersons.

However Andersons cautions the figures are provisional and usually subject to considerable revision when the final figure is released, usually in November.

“Our view is that, if it is going to change, it will come downwards,” said Mr King. Only 30% of the data on variable costs and 55% of the data on other costs has been collected. “I think that they will find more costs and we might end up with a TIFF nearer £5.25bn.”