Increasing consumer demand for mutton presents a great opportunity for sheep producers to earn more money from cull ewes and create a new and sustainable market in the sheepmeat sector.

So says North Yorkshire farmer Tim Wilson, who has been producing mutton for several years – but he urges flock owners not to allow the strength of the cull ewe market to undermine long-term opportunities for mutton to get established as a mainstream meat product.

“The fact that the cull ewe market is strong should not be an issue,” he says. “Consumer evaluations into mutton consumption show more is being eaten – up to 1000t a year worth £2m at retail level.”

The rise in consumption has been fired by promotion undertaken by the Mutton Renaissance Campaign, which was instigated in 2004 by the Prince of Wales. With support from the National Sheep Association, EBLEX, Meat Promotion Wales and the Academy of Culinary Arts, mutton has been vigorously marketed directly to consumers and to chefs through the hotel and restaurant trade.

Mr Wilson, who carries Swale-dale, North of England Mule and Dorset flocks on his 728ha (1800-acre) farm at Pickering, north Yorkshire, has been producing mutton since 2003. This year he will sell mutton from about 400 cull ewes through his butchers’ shops in London – a fourfold increase in four years.

“We cull ewes at scanning and again after weaning,” he says. “We don’t carry any passengers and cull on a range of criteria, such as breeding ability and fecundity, although some will also be taken out on teeth and age. They can be anything from two-shear to over five-shear age doesn’t affect the quality of the mutton produced.”

Ewes can take from six weeks to three months to produce the required carcass quality and Mr Wilson says any sheep producer can use the same methods of “hands-on” carcass evaluation for ewes as for prime lambs.

He grows stubble turnips specifically for finishing cull ewes, which also have good-quality ad-lib hay on offer. But his experience in finishing cull ewes has produced some invaluable practical tips for others inclined to take up the challenge.

“The finish they put on, from a standing start, is ‘fresh’ flesh and ‘fresh’ fat. That compares with the spring-finished ewes, which are adding finish on to a carcass already carrying a certain amount of mature flesh and fat.” 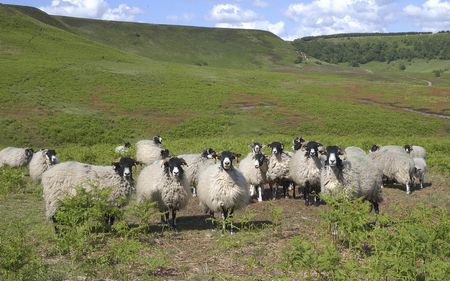 Marketing cull ewes as mutton means extra value can be added to sheep at the end of their productive life.