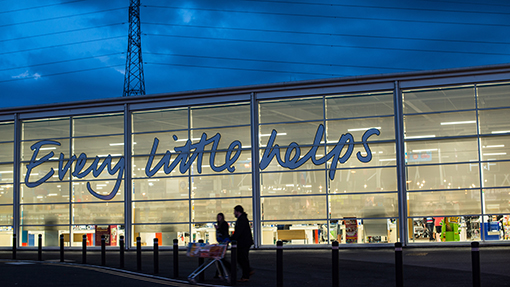 Tesco suppliers may be asked to deliver more on price as the retailer looks to recover from its 92% drop in half-year profits, says a city analyst.

Britain’s biggest supermarket shocked investors today when it announced that its group profits before tax for the first half of 2014 fell from £1.39bn to £112m.

The retailer’s UK operations were particularly badly affected, with like-for-like sales down 4.6% to £23.6bn and UK trading profit (before property related items) down a hefty 56% to £499m.

Following a meeting between analysts and Tesco’s new chief executive Dave Lewis this morning, retail analyst Clive Black of Shore Capital Stockbrokers, said he believed Tesco would ask suppliers to deliver more on price, while also simplifying the way it dealt with them.

“Tesco will have to invest in price,” said Mr Black. “Considerable cost reductions will lead to more responsibility for suppliers.”

Mr Lewis is expected to lead a strategic review of price and a simplification of the retailer’s offering to customers by reducing the number of its product lines and fewer promotions. This could have implications for the volume and range the retailer bought as well as who it traded with, said Mr Black.

With a large volume of commodities on the market leading to depressed prices, farmers would be facing a challenging year, said Mr Black. In this context, retailers would be looking to get the best prices for their customers.

Mr Lewis has set out three immediate priorities for turning the company around – to recover competitiveness in the UK, protect and strengthen the balance sheet, and to rebuild trust and transparency into the brand.

Tesco’s shock results follow an investigation by Deloitte and launched by Mr Lewis in September when it was discovered that the retailer had overestimated its half-year profit forecast by at least £250m.

Tesco’s chairman Sir Richard Broadbent has resigned as a result.

In September, city analysts and food chain experts linked the overestimate to the retailer’s payment practices with its suppliers . It was thought Tesco had been bringing forward “contributions” from suppliers (for items such as marketing costs), while also either delaying payments to suppliers or delaying the recognition of costs for servicing those contributions.

Following this, the Groceries Code Adjudicator, Christine Tacon asked Tesco to examine its behaviour towards suppliers as part of its investigation .

In response to today’s results, she said she was “closely monitoring the issue of Tesco’s financial reporting” and had been in regular contact with the company.

“At this stage we have not seen the full report and do not have enough information to comment on whether the practices resulting in today’s announcement by Tesco are covered by the Groceries Supply Code of Practice. When we have further information we will consider what actions to take,” she said.

An investigation by the Financial Conduct Authority into Tesco’s accounts is still on going.