A lack of affordable housing in the countryside risks fraying rural communities and the land-based businesses that rely on them. So how can farmers help alleviate this and is it even right for them?

As rural businesses, farms and estates rely on a thriving countryside community and economy to provide them with staff, customers and services – as well as leisure and amenities.

But a rural housing crisis is putting this at risk.

Competition from commuters, retirees and second home owners means average house prices are 26% higher in rural areas, while earnings are usually lower, according to the government’s rural housing policy review.

Only 12% of rural housing in England is considered affordable and several government policies have reduced the social housing stock. 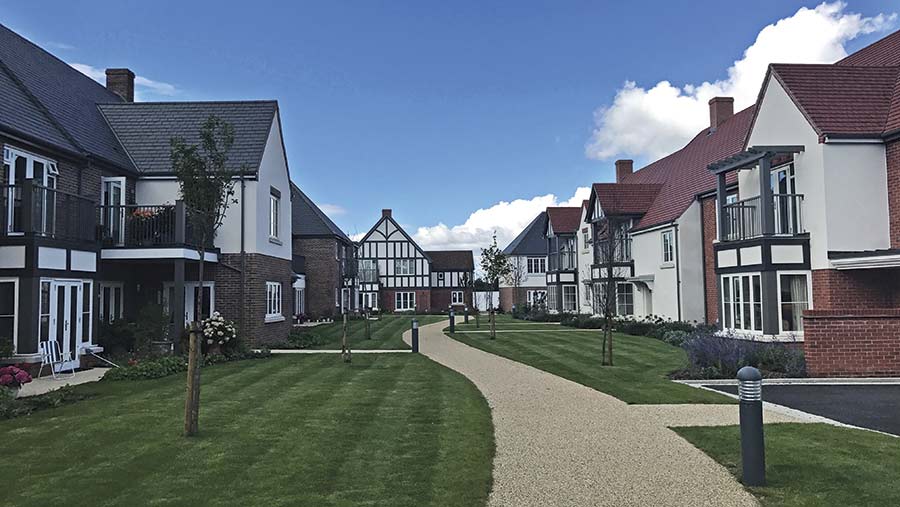 Around 7,500 such houses need to be built every year for the next five years, according to the review, but only about half this figure is being reached.

The good news is that rural landowners can play a key role in alleviating this crisis – and many want to.

What is the benefit?

“This isn’t something you go into to try to make a profit,” says Matthew O’Connell, housing policy adviser at the CLA. “Not in the short term anyway. You’re probably looking at no return for 20 years.”

“It’s something people are doing because they want to.”

Incorporating softer, non-financial benefits, can be a way to benefit the landowner though, such as providing a house for the landowner’s child or a farm worker, he says.

Some landowners also choose to see affordable housing as part of a wider picture, such as at the Bolesworth Estate in Cheshire (see below).

There are, however, no government incentives to build affordable housing at present; such housing, although providing a substantially smaller return than market rate housing, does not qualify for any inheritance and capital gains tax exemptions.

How can landowners build affordable housing?

This depends on a landowners’ experience of the planning system, of managing rented properties and their willingness to invest time and money, says Mr O’Connell.

If a landowner does not have much of any of the above, then the easiest way is to sell a plot of land to a social housing provider, such as a housing association or a community land trust.

This is normally sold at agricultural value (so no more than £15,000 per plot) rather than development value, with the agreement that it will be used to build affordable homes.

If a landowner has more experience and resources available, they may wish to apply for planning permission to build houses themselves, which they can then rent out on an affordable basis.

This is not something landowners should go into lightly, says Mr O’Connell, as it can be very time-consuming and requires assessment of the suitability of tenants.

The landowner will also need to persuade their local authority (LA) of their motive and their suitability for becoming a social housing provider.

A third option is for the landowner to apply to build affordable housing alongside market value houses to then sell. This can have the benefit of increasing the chances of the local authority giving the go ahead for the development.

Affordable rented housing is housing rented out for up to 80% of the market rent of the local area. Renting out affordable housing can provide additional income in the long-term and add resilience and flexibility to a farming business, says Matthew Morris, estate manager at the Bolesworth Estate in Cheshire.

The pioneering dairy estate, was the first private landlord in the country to be considered as a Registered Social Landlord (RSL) equivalent, allowing it to rent out affordable homes.

About 40% of the estate’s 170 residential properties and 140 commercial units are subsidised in some way, with a strong focus on providing for local people and businesses.

This is part of the long-term sustainability of the overall business and community, says Mr Morris, and ensures the vitality of the local economy, of which the estate is a key part of.

“Housing is what builds community”, says Mr Morris. “When you look at the big picture you realise that all the businesses that we have on the estate employ 1,000 people and those people all need to live somewhere.

“We’ve got a range of affordable housing covering all aspects of people’s lives – houses for young families, houses for retirement age and for working young people.”

Each element benefits the other, helping to ensure the long-term viability of the businesses renting out estate spaces and helping to maintain employment, amenities and housing in the local economy, as well as a vibrant community of workers and customers who benefit the estate.

“It all creates jobs and growth,” says Mr Morris. “There’s no short-termism in this scenario. I’m always thinking 20-25 years ahead.”

Nina Barbour, owner and managing director at Bolesworth said: “I think estates in general have a huge role to play in delivering rural affordable housing. Through their long-term stewardship and by being part of the community they are able to deliver where mass-market developers cannot.

“I think that landowners in particular understand a ‘sense of place’ and how important it is to ensure that local people have the opportunity to remain in their area.” 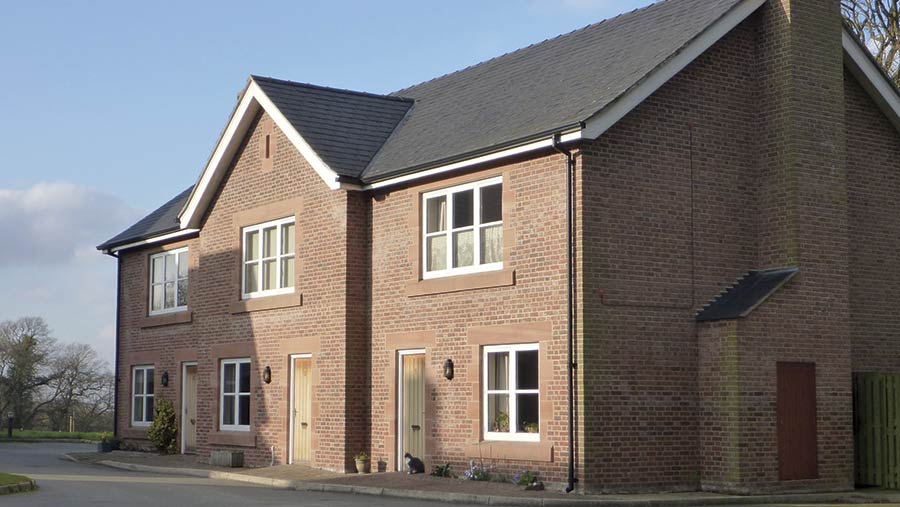 People often assume that residents from an inner city will be dropped into a rural community, but “people shouldn’t be afraid of affordable housing – actually it can just be for local people”, he says.

A key stipulation of the estate’s agreement with their local authority is that their affordable housing should go to people with a local connection.

All applicants for Bolesworth’s affordable houses must have first registered with the council as being in need of housing.

Mr Morris, a parish and borough councillor review all applications before deciding who to offer a dwelling to.

“They have to prove they’ve had a local connection at a village and a parish level – we haven’t yet had to step out of those boundaries,” he says.

How Bolesworth has done it

To make its affordable housing developments stack up financially, the estate has built houses for rent or sale at market rates too.

For example, the first development of three affordable homes was alongside four for rent at market rate, and the estate has also worked with a national developer to build 28 market rate houses for sale.

The 20 affordable units for the over-65s are part of a bigger “care village”, developed by a specialist provider, which rents the site off the estate on a 125-year lease.

Key to getting these developments through though, has been engaging with the local authority early on and, in particular, with the parish council to understand what local people want and are concerned about.

“If you’re going to do it, you’ve got to be committed for the long haul,” says Mr Morris. “It won’t suit everybody, but is more suited to generational businesses like farming families [who can have a long-term view].”

People should also consider how they would afford to pay for repairs on affordable properties, because the returns will be lower and take longer to achieve.

Landowners should also engage with their parish council from day one – if the community don’t want the development then it’s going to be an uphill struggle. “It’s definitely an engagement process,” says Mr Morris.

Every parish council should have a neighbourhood plan which outlines the community’s aspirations for growth – “ignore it at your peril”, he warns.

Planning officers are also increasingly coming down hard on applications which haven’t taken into account the neighbourhood plan and local people’s views.

Applicants will need a robust planning statement which tells the story and sets the scene for why a landowner wants to build affordable housing, how they’re going to manage it and who they’ve consulted with.

Landowners should always be honest about their motives for building affordable housing too, says Mr Morris.

The view from residents 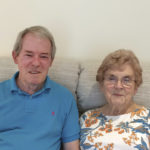 Mr and Mrs Jacks were first on the list when they heard Bolesworth was building a retirement village.

As long-term tenants in an estate cottage, they now live in a one-bedroom apartment in the new development and moved in this June. They have lived in the local area for 50 years.

This type of development is needed, says Mrs Jacks. The alternative is being “shipped off” to a care home away from all the people you know.

Unfortunately, there are not a lot of options for elderly people in local area, who are not residents of the Bolesworth estate, adds Mr Jacks.

“What is happening here is not something visual – it’s the atmosphere of the place, it’s the people. People are coming in and looking for companionship – people from Scotland, south Wales – they’re looking to make friendships and the way it’s laid out lends itself very well to a community,” says Mr Jacks.

“It’s absolutely great, [I’ve got] no regrets at all,” says Mrs Jacks. “I’d recommend it to anyone, if there were enough houses to go round.”

The Jacks have four grown-up children and say it has been a huge “relief” for them that their parents could move somewhere close by like this.

“This is a progressive thing,” says Mr Jacks, “but there isn’t enough available.”

“Everybody needs it, but whether everyone can have it [is another matter]… and that’s where the landlord comes in, because without [them] this wouldn’t be happening.”

“This is wanted now.”

Jayne Dutton, Burwardsley village: ‘I’ve been able to stay in the community I grew up in’ 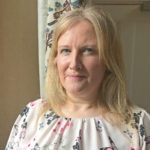 Ms Dutton grew up on a local farm and wanted to stay in the area when she moved out of home.

She moved into one of the estate’s first affordable homes 13 years ago.

“It was a very unique scheme and it was a way of me being able to stay in the rural community that I’ve grown up in,” she says.

“In the local area, the market prices were just out of my reach.

“I wasn’t saying I wasn’t on a decent enough salary, but looking for something on my own, the market prices were just too expensive to afford a mortgage, so this was a way of me staying in an affordable house – but a nice house and local.”

Without the affordable house, she would probably have been pushed further away from where she wanted to live, like her friends, many of whom have had to move to the city.

“I’ve also been able to become a parish councillor, so that’s been great as I can give my input. I’m a voluntary first responder for the ambulance, so again being able to stay in my local village means I’ve been able to service the community and put something back in.”

“It’s been excellent – Bolesworth are very forward-thinking and proactive.”

“If we can have more affordable housing it’s only going to benefit the local community.”