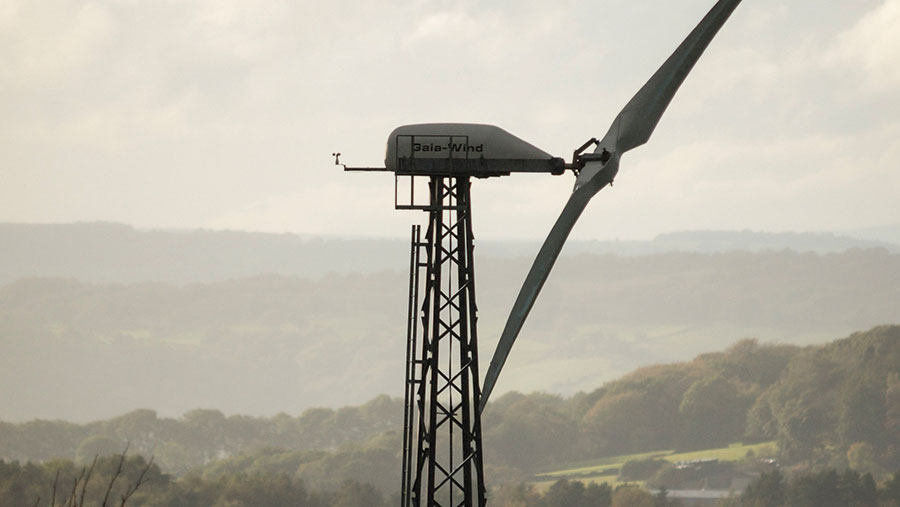 Rural businesses with renewable energy schemes have six months to appeal if they feel unfairly disadvantaged by the recent hike in business rates.

The changes, which came into effect on 1 April, caught some energy projects, with rates for some hydro projects rising five-fold, according to Savills director of energy and infrastructure, Nick Green.

“It is seven years since the last revaluation when Feed-in Tariffs [Fits] and [Renewable Heat Incentive (RHI)] income was not accounted for, so increases were always likely, but the amount for some projects has been substantial.”

The Valuation Office Agency (VOA) is clamping down on business rates and constantly re-assessing what businesses are liable to pay, so owners of diversified farm businesses should not assume an agricultural link makes them exempt, Mr Green adds.

See also: Farm energy legal pitfalls and how to avoid them

The microgeneration exemption has also been removed, making systems smaller than 50kWe (or sub-45kWth for heat) liable for rates too, although a permanent exemption remains in Scotland for projects of the same size.

“Just because you’ve not received a notice for business rates in this latest revaluation, don’t assume there won’t be one in future if you’ve got a diversified farm business.”

Farm buildings and land are usually exempt from business rates, but buildings with other business uses, such as offices or holiday lets, are potentially liable. So too are many renewable energy schemes where the electricity or heat generated is used for non-agricultural purposes.

Energy-generating equipment is classed as plant and machinery under current legislation, which means projects where the most energy generated is consumed on site will see the greatest increase in their rates bill.

While agricultural uses of energy are exempt from business rates, there is a lack of clarity over exactly what proportions of electricity or heat must be used within the farm business to qualify for an exemption.

Typically it is likely to be at least 95% – 90% for anaerobic digestion (AD), leaving a 5% de minimis allowance for non-agricultural use of energy, such as selling to the grid.

Even where most electricity or heat generated is consumed on the farm, the project may still not be eligible for an agricultural exemption if those end uses are not directly related to crop or animal production, Mr Green warns.

Heating farm cottages let to open market tenants rather than occupied by farmworkers, for example, are unlikely to qualify as agricultural.

Likewise, owners of anaerobic digestors must source all feedstocks from their own farm to retain the agricultural exemption, and buying-in feedstocks such as manure or energy crops risks breaking this link, he says.

Business rates are based on estimated open market rental value and in some cases there may be scope to appeal if the valuation is not representative of the real situation.

However, Mr Green urges caution to anyone considering appealing and to ensure a watertight case for doing so.

“Where an appeal is unfounded it may result in the rateable valuable of the property increasing rather than decreasing.”

He advises first asking the VOA to explain the basis for any revised valuation – see the Valuation Office Agency’s website or the Scottish Assessor Association’s (SAA) website.

If a formal appeal is lodged, it can take up to two years to reach agreement and new rates have to be paid during this period, although a refund may be issued if the appeal succeeds.

“You may have to present your case to a committee hearing panel as part of the process, so you need to be sure of your footing.”

While projects are affected differently by business rates according to individual circumstances, Mr Green says generally there is likely to be more limited scope for appeal for solar projects.

This is because the Solar Trade Association agreed a matrix of values with the VOA to determine the rateable value of projects mainly exporting electricity (to the grid or via a power purchase agreement), according to capacity and commissioning date.

Hydro and AD projects are likely to have the strongest grounds for appeal due to the complexities of using estimated data to derive rateable values, although there are differences in the methods used in England, Wales and Scotland, he says.

In England and Wales, the VOA derives the rateable value for energy generating equipment based on an assessment of gross profit – the so-called “receipts and expenditure method” which uses the trading potential of an asset as an indicator of value.

In Scotland, the SAA use a more complex valuation system, based on a combination of two methods to assess different elements of a project to determine rateable value.

Calculations take into account estimates of capital costs, energy generating capacity, and income based on the type of support received (for example, Fits/ renewable obligation certificates), and whether energy is mainly exported or consumed on-site.

The impact of rising rates on Scottish projects has been compounded by the recent withdrawal of up to 100% relief on business rates.

However, some transitional relief is available from the Scottish government specifically for hydro projects less than 500kW over the next 12 months.

Properties in England and Wales with a rateable value of £12,000 and businesses in Scotland with rateable values of up to £15,000 or less could qualify for small business rates relief of up to 100%.