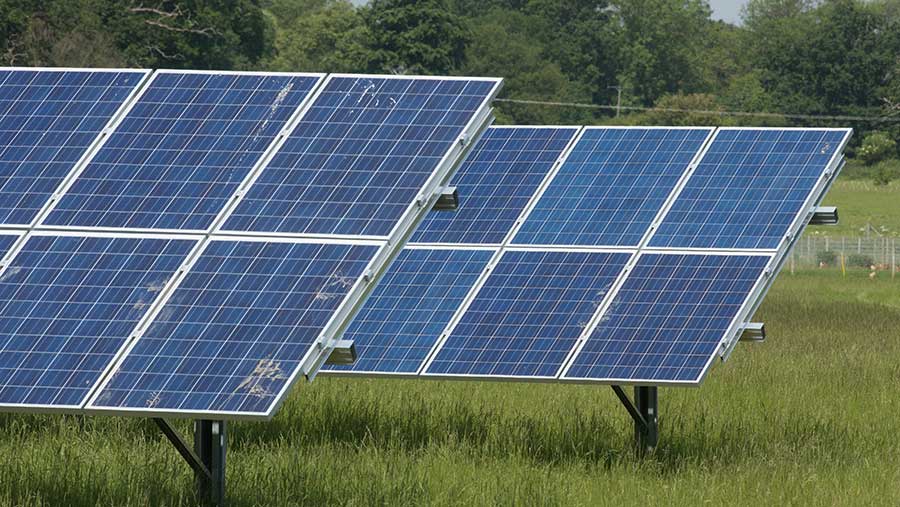 There is still a healthy market for clean power generation and a growing need for response systems, such as battery storage and gas-peaking plants, despite the government slashing financial support for renewable energy.

Developers of solar farms are looking for new sites as the drop in the cost of solar units has created new opportunities, says David Grindley, director of Savills Energy.

For leased sites, the scale is growing so that developers might well need 80-100ha for a 50MW solar farm. For solar the land quality needs to be considered – grade 3b or poorer is preferred.

Investment funds are also moving into the development part of the process as backers are prepared to take on more risk.

Farmers and landowners should look at their asset base and see what electricity or gas infrastructure is on their land or nearby, Mr Grindley advises.

Last year, renewable energy sources provided a third of the UK’s energy. Coal power stations will be phased out by 2025.

More than 960,000 installations were accredited to the scheme by December 2018.

The capital costs of wind turbines and solar PV panels in particular have fallen so much that if the power generated is used on site, projects should stack up financially without subsidy.

The House of Commons Business, Energy and Industrial Strategy committee is consulting on how new small-scale generators will be paid for their exported power, following the closure of Fits.