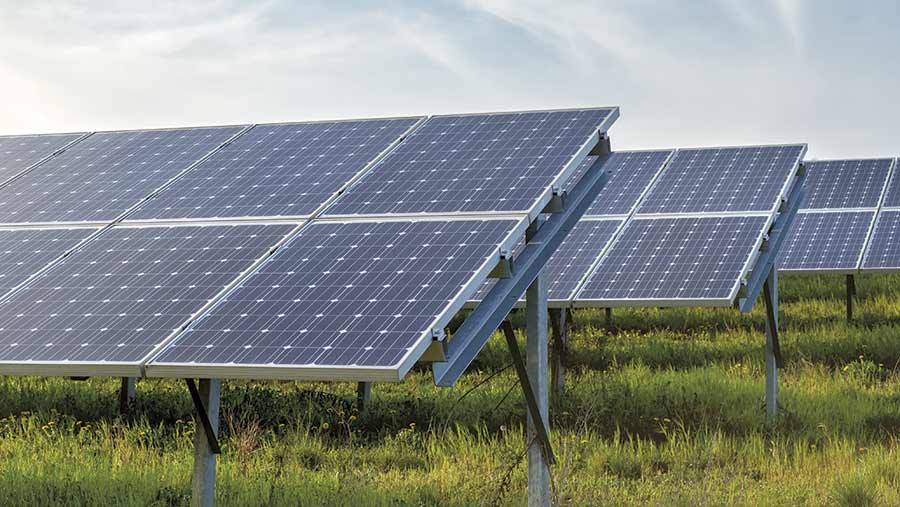 Farmers should carefully check the small print of power purchase agreements (PPAs) for hidden costs or other restrictive contractual obligations before renewing deals or signing up to a new one.

Whether the PPA is agreed through a broker or directly with the energy supplier, there are a number of key areas to focus on, says Tim Pratt, technical director of FEC Energy (now part of the NFU), which provides consultancy and energy brokering services for agricultural and commercial customers.

Broker/adviser commission is a particular issue, as it can sometimes be unclear within both export and import energy contracts how much is being charged, he says.

What is a PPA?

Fees can be based on a fixed rate or electricity output, with £1-2/MWh of electricity generated not uncommon, although rates vary considerably depending on the size of the project and the level of service provided.

See also: Advice on leasing out battery and generator sites

“If you go through a broker for your PPA, whether you’re a small-scale farmer or large energy producer, the key thing is to be clear how much you are paying for their service and how that fee is calculated.

“If you don’t pay the broker directly, you can be fairly confident they are making their money from somewhere else in the agreement, which should be made clear to you.”

Mr Pratt cites the example of one customer with a 500kW anaerobic digester who agreed a five-year PPA for the electricity generated through a broker and found significant commission had to be paid to the broker for the full term, even if they provided no further support. This totalled £50,000 over five years.

“It’s generally very difficult to break a PPA deal once you’re in it, so don’t renew or sign a new one without checking all the details first.”

Dealing directly with the energy supplier removes the need for, and cost of, a broker, but Mr Pratt warns this can be difficult and take time as it is not always easy to compare deals when suppliers present information in different ways

“Generally the value of the deal you get by going through a reputable broker more than covers the cost.”

Key PPA details to check include: