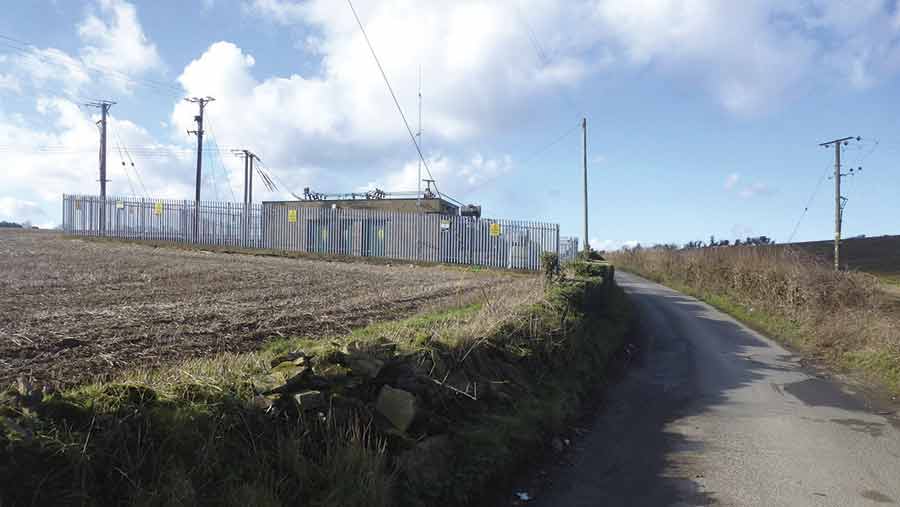 Landowners are urged to think carefully before signing up with developers seeking secure sites for large-scale battery storage systems.

The concept is similar to diesel generator schemes and is driven by a National Grid project to balance electricity supplies during times of peak demand.

Battery systems come in different forms, from containerised units to purpose-built buildings (battery barns), with possible rents of £2,000-£4,000/MW installed, depending on location.

See also: Farms could lose out in low rents for electricity generator sites

It offers landowners a two-year (plus possible one-year extension) upfront option premium of £2,000 to secure the site while planning permission is gained, with index-linked rents of £20,000/year once operational. It is also offering to sell the building back for £1 at the end of the 25-year lease.

But balancing grid supplies with batteries is still relatively new and only a few trial systems are operational, such as UK Power Networks’ 10MW trial complex, consisting of 3,000 lithium-ion batteries.

The technology is being used on an industrial scale for other applications and Simon Smith, partner at Alder King, believes the first commercial battery barn systems could be under way in 6-12 months.

“Technology costs are falling all the time and will soon be at a point where these systems can be employed economically.”

Know what you’re signing up to

In the meantime developers are eager to secure sites and landowners need to be careful before signing anything, says Robert Paul of Strutt & Parker.

“The technology isn’t quite where it needs to be yet, so it’s all slightly speculative. A key question to ask the developer is what happens if the reality isn’t as they expect?”

Lack of available grid capacity can be a major cause of projects not progressing. Although batteries only balance supplies rather than generate a constant load, there must be enough capacity available for a full discharge to the grid, says Mr Paul.

Some developers may offer to make the G59 grid access application before exclusivity deal or heads of terms are signed, but Mr Paul warns this can still result in landowners inadvertently being tied to that developer.

“Unlike planning permission which is tied to the land, a grid offer is personal to that developer, not the landowner.”

He advises landowners to either submit their own G59 application (typically costing £1,500-£3,000) before putting their site out to tender with several developers, or to give consent for a developer to apply but only on the basis the grid offer is given to the landowner if contract terms cannot be agreed within a certain period.

George Paton of Webb Paton urges landowners to be wary of developers offering rent on the basis of the building footprint as units may have several storeys. Developers should be clear how large buildings will be, with rents linked to floor area or MW installed, he suggests.

Landowners also need to think carefully about site positioning, especially if there could be a safety risk, noise, or financial impact on residential or diversification value of other buildings or enterprises.

It is worth pushing for the developer to set-aside money for site decommissioning in a clear-up bond, he adds. “Lithium costs a lot to clear up so don’t be left with a massive bill.”

Iain Mason of Thrings solicitors agrees a bond or insurance-backed product should be sought to cover clear-up, but many contracts do not include bonds because developers insist that battery technology will hold value.

Option and lease terms must be examined closely and while landowners with suitable sites are in a strong position, he says to be “realistic in expectations” and not push demands too far.

Key tips for dealing with developers