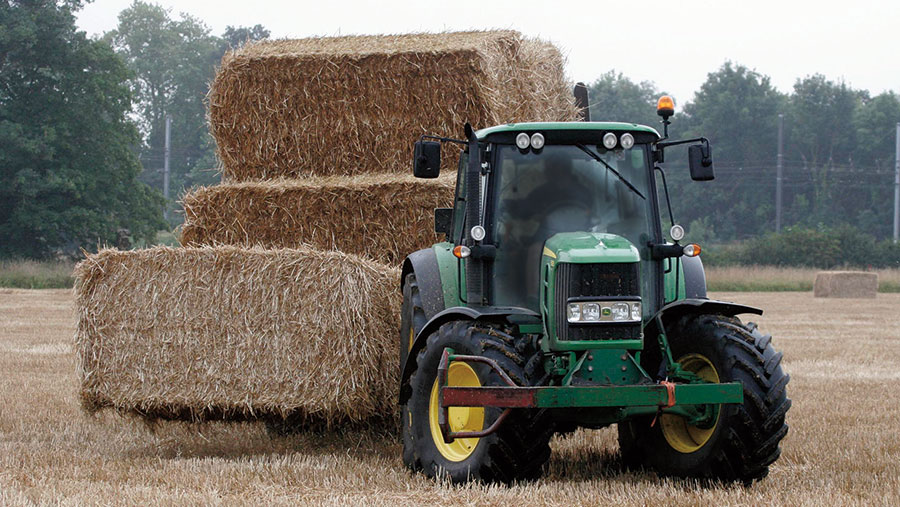 Recent years have seen much hype surrounding opportunities for arable farmers with the expansion of straw-fired power generation.

However, changes to renewables support have put the brakes on development for the time being.

Farmers Weekly understands that plans to build straw pelleting plants have been put on hold following cuts to the Renewable Heat Incentive (RHI).

Last year, generator Drax blamed the removal of renewables support for its decision to stop taking UK straw for co-firing its power station near Goole.

Direct miscanthus supply contracts were transferred to specialist company Terravesta, which supplies the operational Brigg Renewable Energy Power Plant and a number of other markets.

Annual straw use for large-scale power generation currently totals about 800,000t and will rise to 1.05m tonnes when Snetterton comes fully online, according to the National Non-Food Crop Centre’s lead consultant for bio-based feedstocks, David Turley.

However, he expects little or no further growth of the sector due to the lack of clear government support for biomass, the cap on dedicated biomass generation supported under the old Renewables Obligation (RO) and concerns often raised during the planning process about the effect on local straw supply.

The RO closed to new applications in March 2017 and the Contracts for Difference (CfD) successor mechanism provides the only support for new biomass combined heat and power (CHP) applications, which is likely to favour larger schemes prepared to deal with the administrative burden.

Mr Turley suggests offshore wind is likely to fare better than biomass under the CfD auction system, as policymakers think it can meet 2020 renewable energy targets at lower cost. This, however, comes with greater intermittency of supply and need for expensive stand-by generation, he adds.

“[The biomass] industry argues that full costs of more intermittent technologies are not recognised and actually on that basis, biomass offers a stable, cost-effective baseload.”

Mr Turley says the recent RHI review that led to a single tariff across all capacities supported under the scheme could favour large (>1MW thermal) plants, although many developers still find it challenging to secure a large heat consumer nearby to make the project viable.

The legislation to enact the RHI policy change is also being delayed by the snap election.

“A wider concern is the lack of any clarity on budgets for the RHI beyond 2020, for which we await the autumn budget and a new administration to add to the uncertainty,” says Mr Turley.

Longer term, Mr Turley believes biomass still has an important role to play, as reducing energy use and decarbonising the UK energy sector for heat, fuels and transport remain important political goals given the 2050 targets to cut greenhouse gases.

There may also be opportunities for greater straw use beyond the power and heat sectors, he adds.

In particular, straw is seen as a reliable, consistent feedstock for advanced biofuel (bioethanol) production, which could mean more demand from fuel producers.

Much depends on government aspirations under the UK Renewable Transport Fuel Obligation (RTFO) after 2020. A consultation on proposed changes to RTFO targets up to 2030 closed in January and a response is due after the election, possibly this summer but more likely in the autumn, says Mr Turley.