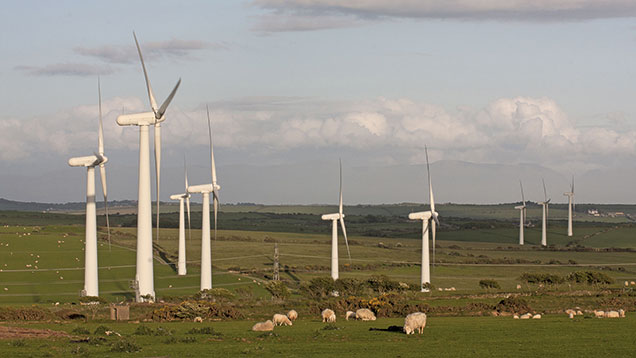 Farmers cashing in on renewable energy schemes have left one Welsh region at “saturation point”, according to planners.

A plan to build two 92.5m-high turbines at Bodewryd Farm, Anglesey, next to two existing turbines of the same height is a “step too far”, according to a report to be considered by the Isle of Anglesey County Council this month.

The scheme, together with a second proposal by another company to site three 81m turbines at another location, has been recommended for refusal because of landscape and noise concerns.

A report to be considered by the planning committee suggests the location of the Bodewryd Farm scheme is already considered to be saturated by wind turbine developments.

The campaign group Anglesey Against Wind Turbines welcomed the recommendation to turn down the applications.

But the company behind the Bodewryd Farm scheme, Airvolution, said the two turbines already in place generate energy for 3,100 homes.

A company spokesman insisted that the plan was “an appropriately-sited wind energy project with valuable local benefits”.

A third application for a single turbine of 17.8m at Pen y Gogarth, in Llaneilian, is also recommended for refusal at the same meeting.

The Welsh government had set a target for Wales to produce two gigawatts of energy from renewables by 2015.