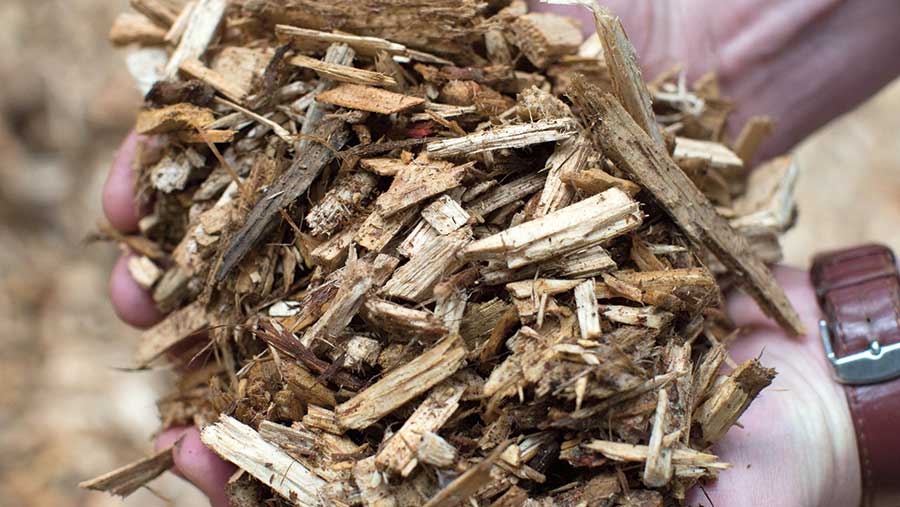 A surge in applications to build biomass boiler installations under the Renewable Heat Incentive (RHI) could significantly increase woodchip demand over the next year, potentially creating opportunities for landowners with timber to sell.

At present, about 350,000t of chip and pellet goes into the UK heating sector.

There has been a surge in applications for medium-scale biomass boilers ahead of the most recent non-domestic RHI tariff cuts and before implementation of planned RHI reforms, which were published last year.

The reforms will see existing tariff bands replaced with a single rate for all scheme sizes.

Parliamentary approval of the reforms has been delayed until after the summer recess, leaving a brief window of opportunity for schemes to be accredited under existing support rates.

Although 25-50% of these plants may not be built, there are still opportunities to supply the growing demand in feedstock, says David Turley, National Non-Food Crops Centre’s lead consultant for bio-based feedstock.

Biomass boilers used for heating typically require about 1t of dried woodchip a year (30% moisture) for every kilowatt installed. Demand is higher for industrial applications and is less seasonal, says Mr Turley.

Wood pellets are popular among smaller domestic boilers, whereas woodchip is preferred for medium-scale systems, he says.

In many cases this is sourced from surrounding woodland, but external supplies are also important.

The key issue for biomass boiler operators is logistics, and the ability to source local woodchip. Given its bulky nature, transport is expensive, he adds.

The forest wood supply sector is becoming increasingly rationalised into hubs of fewer, larger companies, sourcing material from a network of local suppliers.

Mr Turley encourages anyone considering supplying woodchip to talk to existing suppliers before committing money to chipping or drying facilities. “There are opportunities, but it has to be done professionally,” he says.

Quality (EN Plus) domestic pellets sell for about £250/t bagged, or less for blown supply. Woodchip has a range of moisture contents, which affects price.

Most (about 85%) is consumed as pellets, with woodchip making up the remainder. The power sector also takes a further 7m tonnes of wood imported from areas such as the US, Canada and Baltics, plus just under 1m tonnes of recovered/recycled wood.