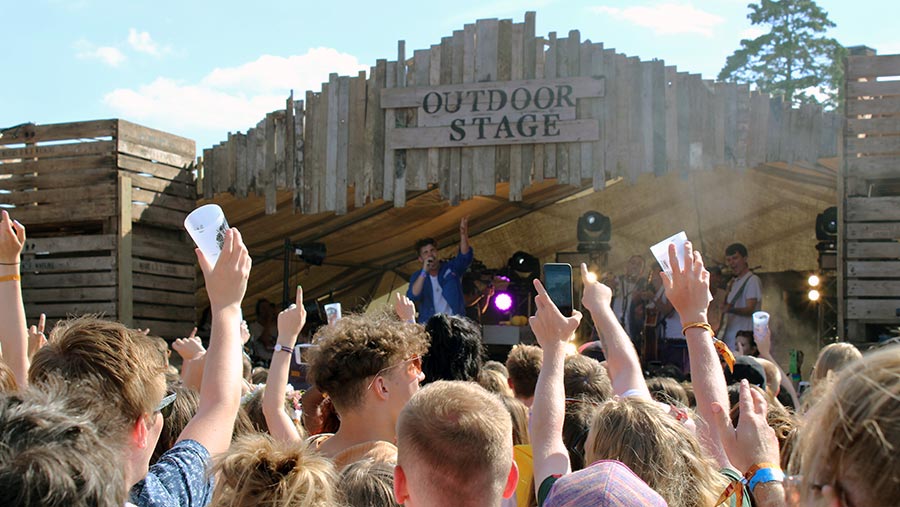 Ed Sheeran, Bastille and Ben Howard – all big names that have played at Barn on the Farm Festival in their fledgling days, hosted by the Keene family at Over Farm just outside Gloucester.

Now gearing up for its ninth year of festival frolics, the farm will be opening its gates to about 3,000 music lovers in early July.

Aside from the legendary Glastonbury Festival, famously set on a Somerset dairy farm, and national events such as Open Farm Sunday, it’s rare to find thousands of people gathering on a farm.

Fifth-generation farmer Matt Keene says the festival has grown over the years from humble beginnings after the family was approached by festival director Josh Sanger, and they’re now well accustomed to seeing the farm awash with vibrant revellers. 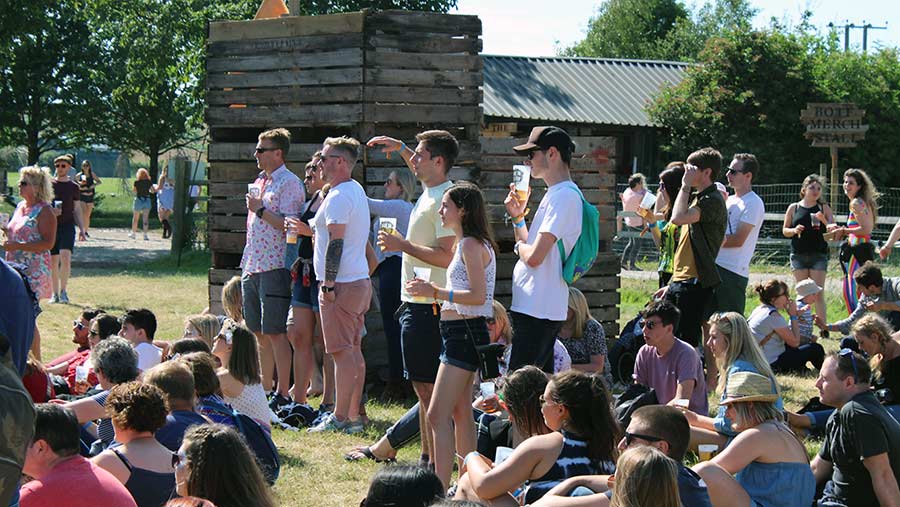 Josh approached them in the summer of 2009 with a rare and intriguing proposal to host a plucky music festival start-up.

The following year 19-year-old Josh put on a relatively small gathering using the farm’s old timber grain store and adjoining courtyard as the heart of the intimate party for about 30 people, and Barn on the Farm festival was born.

While it has grown considerably from the early days, it has managed to retain its authentic farm-based vibe thanks in part to the clever incorporation of everyday farm items and buildings, such as potato crates and tin top sheds. This gives the festival its genuine, down-to-earth charm. 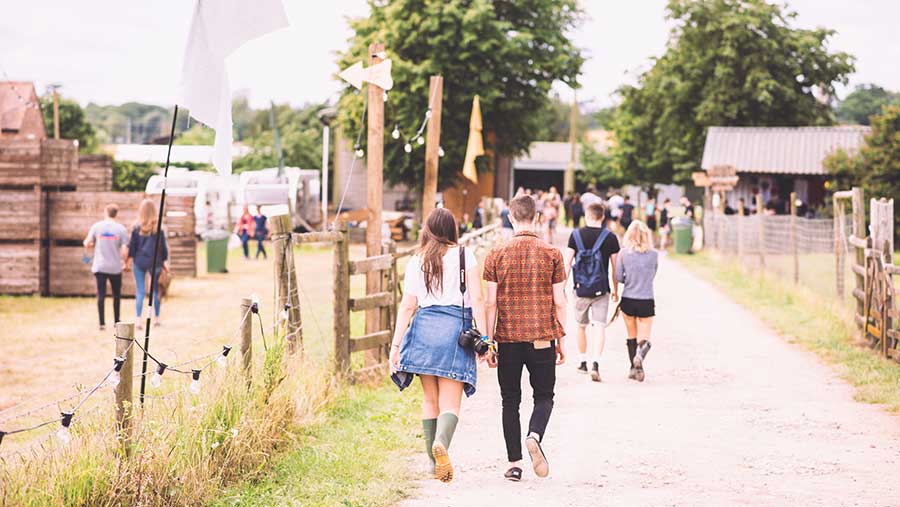 The 52ha historically arable farm started its diversification journey under Matt’s father Rob, in the 1980s.

Gradually the farm business moved away from growing cereals, potatoes and onions in favour of producing soft fruit and vegetables, including blackcurrants, raspberries, asparagus and pumpkins. 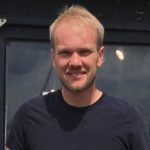 The bulk of the fresh produce is sold through their own farm shop, which has thrived thanks to the farm being just a couple of miles north-west of Gloucester city centre.

Matt looks after the events side of the business, while brother Rees oversees the day-to-day running of the farm and sister Abbie is part of the festival-organising team.

“I was made a farm partner in 2013 and the festival turned into a limited company around that time. It was more of a hobby for us until then, but from that point the festival got more serious and had to start making money,” says Matt.

Over the next few years the team toiled to increase capacity as the festival became more established, adding a second stage and later building a permanent roundhouse structure, which is used as the main stage for headline acts.

Big names at Barn on the Farm

Being named the UK’s Best Independent Festival at the 2014 AIM Independent Music Awards was a real boost for the enterprise, further helped by the fact that it has earned a reputation for booking budding bands and musicians who go on to be major players in the music game.

“Barn on the Farm was actually Ed Sheeran’s first headline gig at a festival in 2011 and four years ago James Bay was the first act on, playing our smallest of the three stages.

“You start thinking about all of the amazing artists that we’ve had over the years and the mind boggles,” says Matt.

And while the thought of having thousands of revellers milling around a working farm would be enough to make many farmers tear their hair out, Matt says the chilled-out nature of the festival has meant no major issues have ever come up during the four-day spectacular.

“We’re fairly used to reseeding the grass paddocks now,” he laughs. “Fortunately, we’ve only had one really wet year, so the land has never suffered too much. It helps that a lot of the areas for food and drink vendors and watching the artists are on hard standing.” 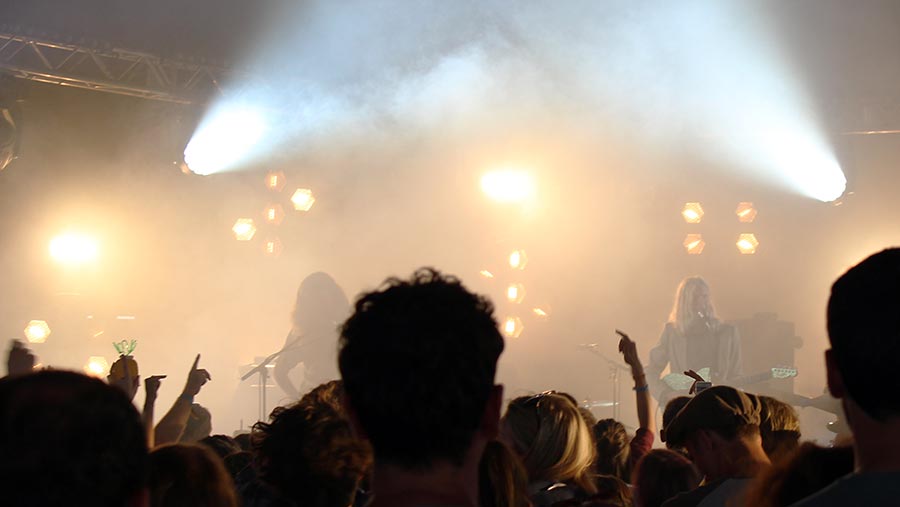 Having grown up in nearby Cheltenham and worked on farms when he was younger, Josh says the sights, smells, unique buildings and history of a farm were all elements he was keen to play on to make his festival extra special.

“The land and architecture of a farm is so unique and there’s just something about walking along a dirt track in beautiful weather. It’s an amazing feeling to work on the farm in the final month before the festival,” he says.

“Farms are amazing places, but more importantly it’s about the people who run them. A lot of people can come up with an idea for a festival, but it’s something else to make it happen and farmers are used to managing the land in extraordinary ways and coming up with new ideas.”

With a background in directing music videos for artists such as Bastille, Ed Sheeran and Gabrielle Aplin, today Josh manages the likes of George Ezra and Lily Moore and keeps his ear to the ground for the music world’s next big thing.

As for the festival’s future, Josh says he’s planning something special for the 10-year anniversary and would love to see some of the huge artists like Ed Sheeran return to Barn on the Farm.

”It would be great to encapsulate something that made the last 10 years so special, but we’ll see,” he says.

Hopes are the event will continue to sell out and grow steadily, although Matt highlights the farm only has a finite amount of usable space and thinks that 4,500 festival-goers would be a comfortable number to have at the family farm.

Barn on the Farm is being held again at Over Farm this year from 5-8 July. For more information, to see this year’s full line up and to book tickets, visit the festival website.
See more
Share this
Advertisements