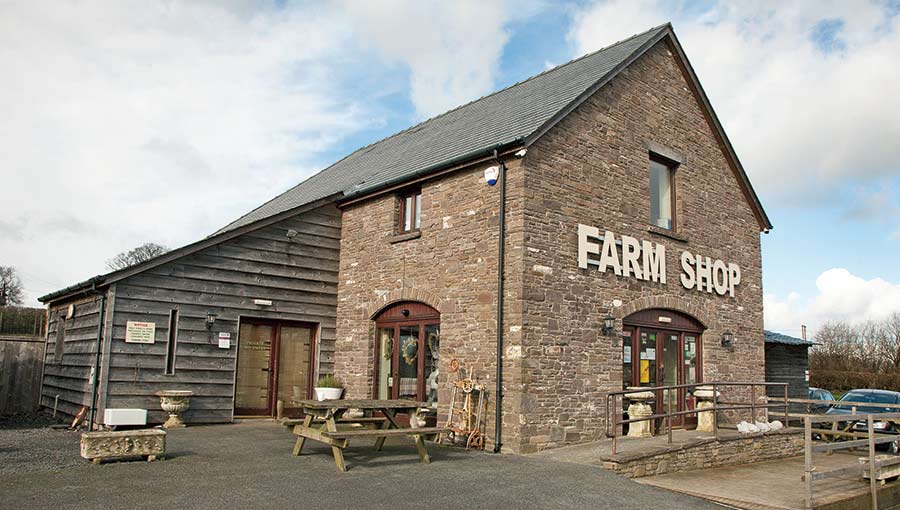 Choosing to sell direct to the public is an attractive option for farmers looking to capture more of the value of their produce – and there is room in the market for businesses of all sizes.

That’s the message from former chairman of the Farm Retail Association Milly Stokes, who says membership of the organisation is growing as more farmers look to tap into the growing appetite from consumers for locally produced, high-quality food and drink.

She says that farmers considering getting involved should start small by selling at farmers’ markets or from the back door, as this is the key to finding a profitable niche that other businesses have not tapped into.

It allows highly valuable instant feedback from consumers on fledgling ideas, allowing informed decisions to be made about how to modify products or even whether or not to pursue them before spending significant sums of cash.

Deciding when to expand the business and invest in premises and take on staff – as well as increasing the number and variety of goods sold – is a complex decision that will bring new challenges as well as rewards, she warns.

These include developing the skills to deal with customers and staff on a full-time basis, which many farmers may have to learn from scratch, as well as staying abreast of ever-changing consumer trends and demands.

At Farndon Fields farm shop near Market Harborough, Milly and husband Kevin have built a business over 34 years that has grown from selling potatoes at their farmhouse front door to a shop selling 40 types of fruit and vegetables and a 150-seat restaurant.

However, they and all other successful farm shops continue to adhere to one simple principle – they have to give consumers a reason to travel to them when other supermarket retailers are often more convenient.

One of the key challenges of recent years has been the rise of the discount retailers – such as Aldi and Lidl – which Mrs Stokes says often attract a similar customer profile to farm shops.

While it will always be a challenge to compete with them on price, she says it is important to highlight what your business can do better, including longer shelf life for fresh products as they come straight from the field, less packaging and no additives.

However, small businesses can also outcompete on hi-tech fronts, such as by dry-ageing meat, something consumers are willing to pay a premium for but supermarkets are unable to do as it is not compatible with vacuum packaging.

4 key questions to answer when launching a food retail business 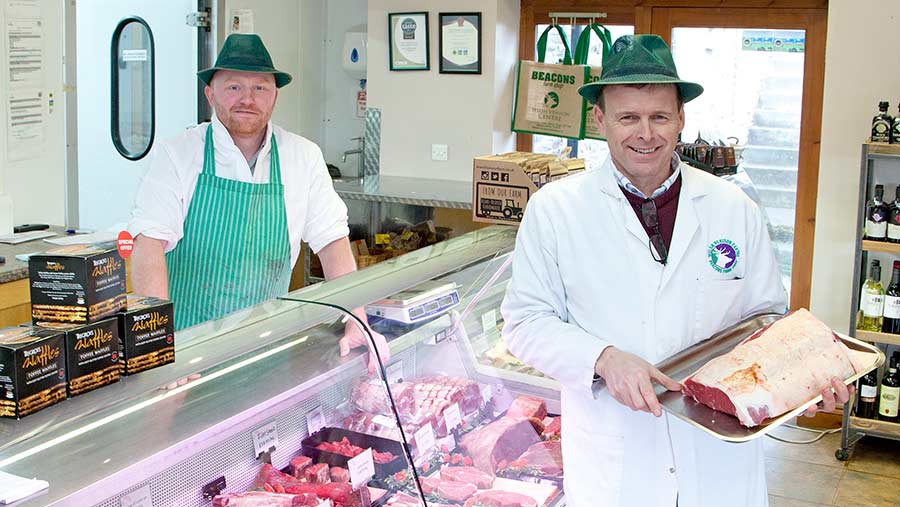 Selling venison has proved to be a successful venture for Andrew and Elaine Morgan, who have a shop on their farm in the popular tourist destination of the Brecon Beacons.

After initially getting a small deer herd to run alongside their main venture of growing seed potatoes in the 1990s, the business switched focus to meat after the potatoes were devastated by a disease outbreak from contaminated seed in 2003.

Originally marketed direct to restaurants and hotels under the Welsh Venison Centre brand, a farm shop was initially created from an old tool shed in the 1990s, before a purpose-built building was opened in 2006.

Named the Beacons Farm Shop, it now sells home-produced venison, lamb and beef, alongside other Welsh produce, requiring a total of eight staff members made up of two full-time butchers and shop assistants, with additional part-timers for shows and events.

Going down the farm shop route required a significant amount of investment, said Mr Morgan, and was challenging due to the stringent planning requirements that stem from living in a National Park.

However, it has allowed them to tap into the tourist trade and is beneficial from a cashflow perspective as shoppers have to pay on the day compared with having to wait for payment when selling wholesale.

The business benefits significantly from its site just a few miles from Brecon town centre, with tourists drawn to the area almost all year round.

The shop has worked to accommodate them with the addition of a tearoom, and stocks a variety of Welsh-themed gifts as well as food and drink produced by other Welsh businesses, although meat remains at the heart of their offering.

Venison – long praised as a lean, healthy red meat – has never reached the mass-produced popularity of its rivals due to perceptions of being strong-flavoured and difficult to cook, but is now estimated to be a £100m market in the UK.

Growth in recent years with increasing interest from Waitrose, which has introduced its own producer group in recent years, as well as a commitment from the Scottish government to support deer farming with farmer funding and other strategies.

Produce has also been sold via a catering trailer at festivals such as Glastonbury and Green Man, as well as more traditional outlets such as the Hay Festival and the Royal Welsh Show.

This has helped to raise the profile of the business, alongside scooping True Taste of Wales awards for both lamb and venison, and being selected to have their lamb fed to delegates at the Nato summit in Wales in 2014.

“Marketing is the biggest part of what we do,” said Mr Morgan, explaining that one of the first things all farming businesses thinking about selling direct to a consumer need to decide is whether they want to be niche or mass market.

This will mean taking opportunities to raise the profile of your business at shows and events, but also staying in touch with what is driving demand more broadly, with TV chefs highlighted as having the power to cause rapid spikes in demand for new products.

Both of the business partners are regular visitors to business-to-business trade shows for food outlets. These can help identify new products to stock, with an event in early February providing goods for Christmas 2019.

Mr Morgan says it is critical for new businesses to figure out how they are going to establish a competitive edge over their rivals, and then continue to update themselves to maintain it.

This is particularly important given the rising numbers of food retailers, with increasing numbers of stalls at farmers’ markets driving up competition and the cost of pitches.

Mr Morgan says there also has to be a plan in place to put the shop at the top of the priority list, over the farm, in order to maintain customer service.

This means careful planning will be required for a division of labour that will allow the shop to be maintained to the highest standard without compromising on the farm.

Where to find more help

Membership is also open to businesses that have not yet started a farm shop.