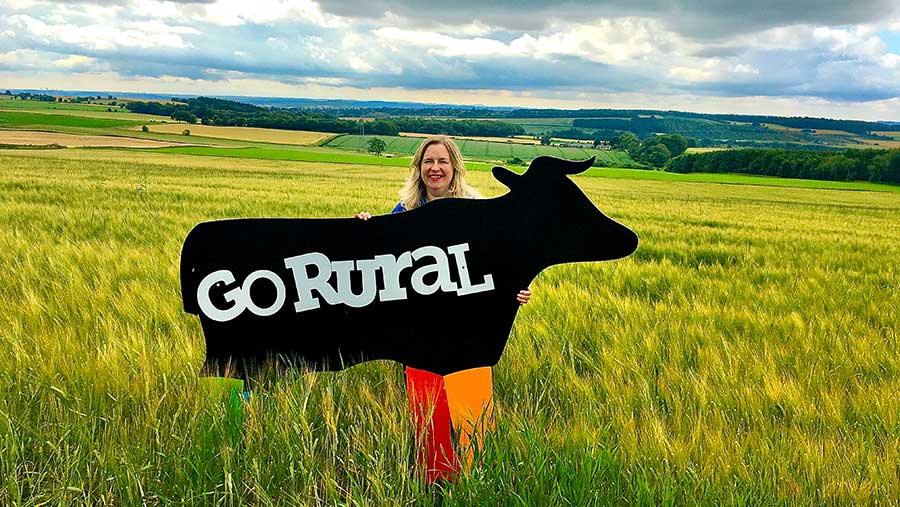 More people are looking to stay on Scottish farms and seek out Scottish food following a series of “virtual farm tours” organised by agritourism group Go Rural during the coronavirus lockdown.

The initiative started in April with a group of farmers streaming daily live footage on Facebook from 14 different lambing sheds over two weeks, referred to as “Lambathon”.

See also: So you want to… open a campsite?

“It was the start of Covid and people were pretty fed up and worried, so we decided to do two weeks of live tours from our lambing sheds,” said Go Rural’s Caroline Millar.

“No one had ever done it before, so it was a real step into the unknown. No one had any experience or access to any technology – apart from the mobile phone.”

The daily videos took off, with up to 250 families watching the live streaming every day and more than 500 joining in the evenings on catch-up. The audience extended as far as the US, Europe and Australia.

With support from Visit Scotland, and in response to public demand for more farm tours, a follow-up series was launched called “Welcome to my farm” – with almost 100 Scottish farmers using their phones to stream live video tours to Facebook, covering everything from cattle and sheep to strawberries.

According to Ms Millar, it has often been the women on the farms who have seized the initiative. “We’ve even had some cases where their husbands were hiding up in the bale sheds, or behind tractors, or in the farmhouse, not wanting to be on camera,” she said.

The benefits have been enormous, with participants reporting a huge public interest in basic food production, as well as seeing a sharp increase in holiday bookings and demand for Scottish food.

Louise Nicol, who runs a mixed livestock and arable tenanted farm near Forfar, Angus as well as the Newton Farm Holidays business, said there was now a “frenzy” of interest, both from the local audience and from overseas, with people increasingly keen to stay on a Scottish farm.

“Since lockdown, our social media following has grown from 6,000 to over 20,000, and the impact on my business has been huge,” she said. 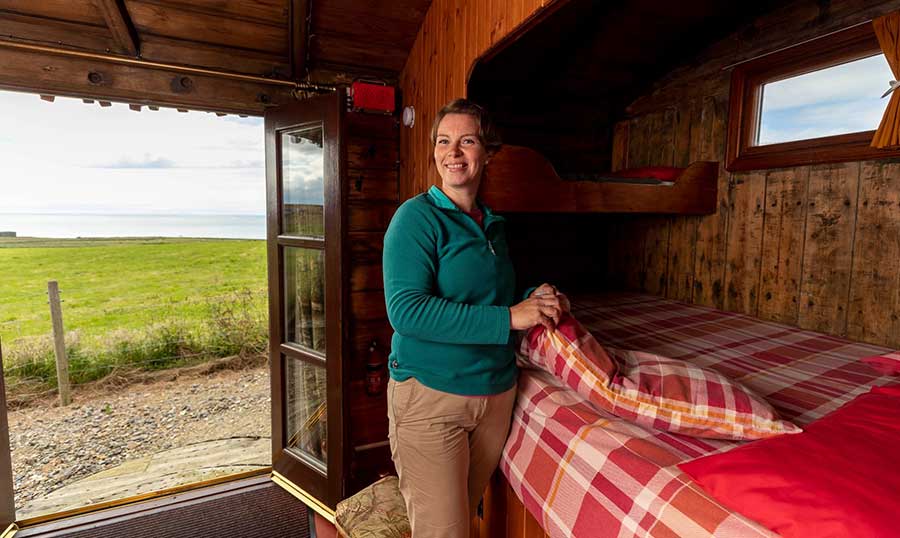 “We’ve got more bookings than we’ve ever had, with people from Dundee and Perth, but also from London and Manchester.”

Murray McConchie, who farms with his wife Amy in Dumfries and Galloway, said he was amazed at how interested people were in what they did as farmers, and how supportive the public was.

He also reported that, since posting their farm tours on Facebook, their social media following had increased massively. “Since bookings for our shepherds’ huts opened on 3 July our phones have gone nuts as people realise where we are and what we offer,” he said.

Bill Smith, who raises suckler cows and pigs at Byres Farm in Morayshire, said the virtual tours provided a “really great showcase for commercial farming”, and a chance to answer people’s questions factually.

Carole Short, from Down on the Farm in Aberdeenshire, said bookings for her on-farm glamping options had “gone bonkers”.

A survey of viewers of Go Rural’s live farm tours has provided some pointers as to how the agritourism sector can capitalise on changing consumer demands and the growing interest in so-called “staycations”.

More than 550 people took part in the survey, citing “seeing a different farm each day” and “learning stories about the farm and farming family” as the best bits.

As a result, 80% said they would buy food more regularly from a farm shop, and the same percentage wanted to visit a farm café or restaurant for an eating-out experience.

“We see this as a real opportunity,” said Ms Millar. “There are not that many places you can go to for a meal on a farm where you can eat local farm produce.

“It’s a huge thing in other countries, but it’s not been properly developed in Scotland. We think providing eating experiences on farm is where the growth will come from.”

The survey also showed that 57% said they were likely to book a farm holiday or mini-break as a result of watching the virtual farm tours, while 60% said they would “almost certainly” visit a farm.