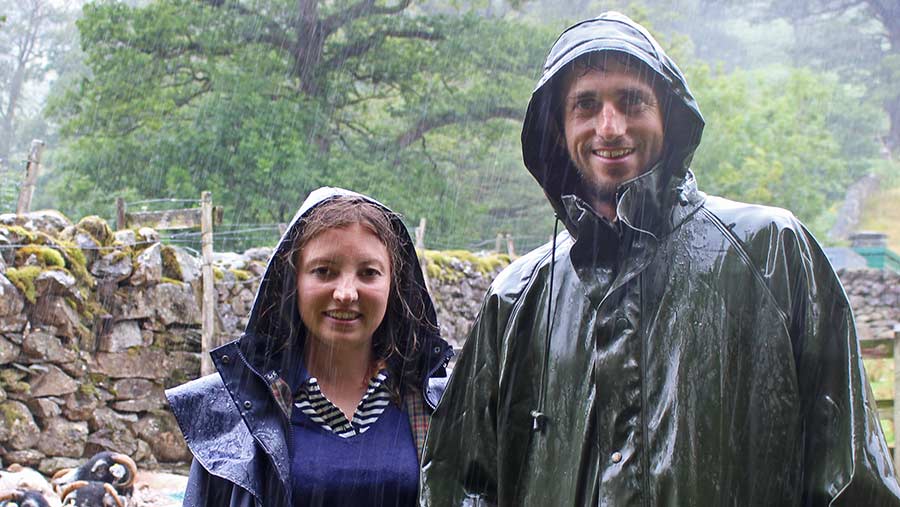 Although Mr Simpson’s parents, Stephen and Christine, were the previous tenants at Seatoller Farm, Borrowdale, the couple have wasted no time in putting their own stamp on the business.

It is made up of only 12ha of inbye land with the rest intake land (fringe land that has been “taken in” from a moor and brought under cultivation), fell and woodland.

Some of the farm is in the Higher-Level Stewardship (HLS) scheme, which means no sheep can graze the fell between mid-November and mid-March.

See also: What is it like to be a first-time tenant

The farm also includes bed and breakfast accommodation, a holiday cottage and campsite.

Constructing four business plans for each enterprise and outlining the strengths, weakness, opportunities and threats helped the couple secure the tenancy on the 365ha hill farm.

They are now actively using the plans to improve each business area.

The focus areas for the farm are to:

Although the couple are limited in what they can change on the traditional hill farm, due to the nature of the land and the environment schemes they are bound by, they still want to maximise output from the flock. 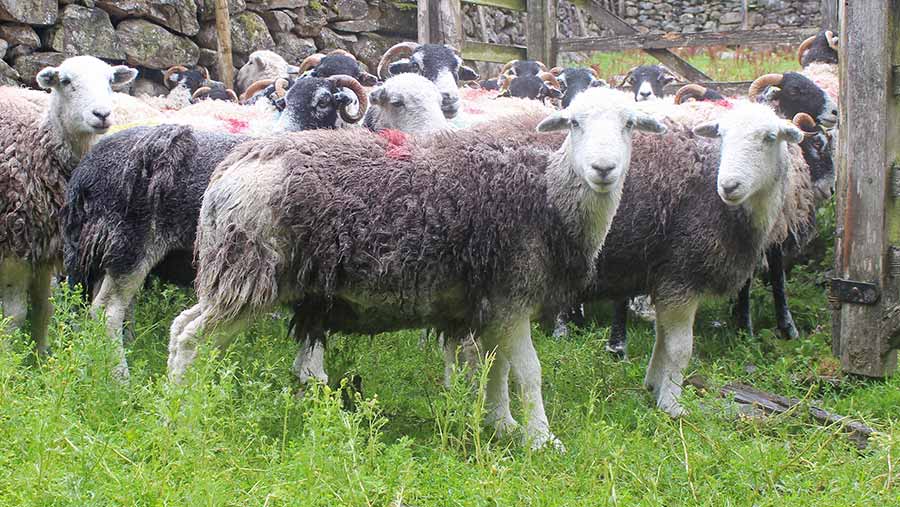 One of the first things they did when they took on the tenancy was get the soils tested.

Mr Simpson says: “We had some lambs going off their back legs, which the vet identified as white muscle disease caused by a lack of selenium.

“The soil tests confirmed this and we have changed our fertiliser so it includes more sulphur and selenium. We have also added lime to the fields. It means we are not wasting money on incorrect fertiliser and hopefully we won’t see problems with it again.”

Having a limited flock size due to environmental schemes means the couple want to put more focus on increasing output from the ewes.

“We can’t afford to have unproductive sheep, which means we will be more selective. When my dad started farming here, he had his sheep numbers reduced to 450 and since then they have been reduced further,” says Mr Simpson, who previously worked as a ranger with the National Trust.

As a result, they hope to increase the number of draft ewes being sold off the farm, so they can keep their flock young and productive.

By improving the productivity of the flock, they also hope to keep back a few Herdwick and Swaledale tup lambs to sell at the breeding sales. “If we can breed some good rams and sell them that’s an added income,” he says.

The couple are currently exploring options for controlling bracken. Instead of using machines, they are researching the rare-breed Soay sheep.

Ms Cappleman explains: “The Soay is the only breed known to be able to control bracken by chewing the base of the bracken stalk. It also produces high-end meat and a different type of wool. So, if we decide to get some we could look at selling some of the meat to visitors and I could also use the wool in the crafts I make.”

The focus areas for diversifications are to:

The couple have already started selling some meat direct to the consumer. They have produced sausages and burgers from their Herdwick wether hoggs, which have been sold to campsite visitors. And they are also in the process of selling some whole carcasses to a Cumbrian pub.

Being in the heart of the Lake District World Heritage Site and on the Coast to Coast route is something the couple want to make the most of.

Mr Simpson says: “We want to get more people on the farm and educate them about hill farming. Thousands of people walk the fells, but don’t know what’s involved in maintaining the way they look. We want to change that.”

They plan on increasing the farms footfall by potentially running farm experience days for the general public to pay and experience a day in the life of a farmer.

They currently host six school visits a year getting paid £3 a child but want to increase this to 10 visits and then slowly build up and convert an outbuilding into an education area. The children come on the farm and learn about things such as the Cumbrian way of counting sheep and the smit marks used to identify sheep.

Ms Cappleman, who has worked in the hospitality industry since she was 14, has recently revamped the holiday cottage and B&B using her interior design skills from her university degree on the subject.

They have also set up a website and are now using social media to advertise the accommodation and what is happening on the farm.

The next five years

To make the most of the 15-year tenancy, the couple plan on adding more diversifications to the farm.

Ms Cappleman explains: “With the uncertainty of Brexit we are looking at different ways we can make more money from the farm.

“We are hoping to get planning permission to convert a barn into a craft shop using wool from the sheep in the crafts.”

What is the biggest challenge for new entrants

Finance. When you haven’t got anything to demonstrate how you will pay the money back, it can be hard getting a loan. We are fortunate that we haven’t had to take out any loans as we have been saving for many years. My mum and dad also lent us the machinery and stock, so we are paying them back over time. They also left us all the furniture for the holiday cottage and B&B.

What advice would you give someone starting out?

Try to get to know as many people as possible and get as much help as you can. Talk to other farmers, attend local meetings, and get a mentor. Farming can be quite lonely and this all helps.

We attended the Farmers Weekly Fertile Minds conference and got help putting together a business plan there.

What are your hopes and concerns from Brexit?

Being on a hill farm our biggest concern is about the support payments. However, a positive from this is that there may be more opportunities for young people to come into farming.

What do you love most about what you do?

What are your hopes for the future?

To still be farming here, educating the next generation, open our craft shop and to be promoting hill farming.